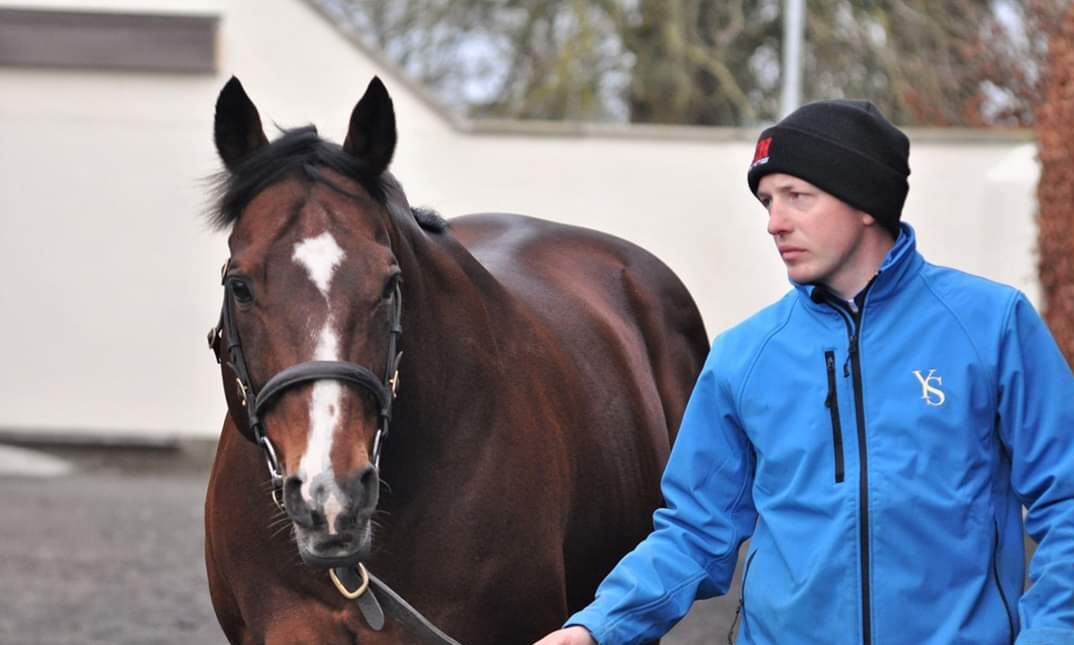 Stateside Victory for Camacho with Illegal Smile Win at Aqueduct

Hat Creek Racing’s Illegal Smile gave her connections plenty of reasons to flash the pearly whites, surging to the front on a firm outer turf playing fast and leading at every point-of-call for a 1 1/4-length maiden-breaking victory in Saturday’s $100,000 Stewart Manor Stakes for juvenile fillies over six furlongs at Aqueduct Racetrack, USA.

Illegal Smile still a maiden however, she had earned valueable black-type in both of her previous stakes appearances on Woodbine’s turf, running third in the Catch A Glimpse  and second in the Woodbine Cares respectively.

The Wesley Ward trainee broke sharp under Cristian Torres from stall 3, leading the eight-horse field through the opening quarter-mile in 21.97 seconds and the half in 44.89. The Irish-bred daughter of Camacho maintained the edge out of the turn and completed the six-furlong sprint in 1:08.62, outkicking Honey Pants to give Torres his first career win on the New York Racing Association circuit.

“It’s a dream come true. To ride here in New York and win a stakes, I have no words to describe it,” said Torres, who won his fourth career stakes, including the Carry Back and Roar this year at Gulfstream Park.

“I didn’t get too many instructions; just to let her relax a little bit and turning for home, she was going awesome,” Torres said. “She broke sharp and nobody was in front of me, so I just took the lead and relaxed a little bit. When we turned for home, I asked her and she just took off.

“She was doing everything by herself, I just put my hands up and she did all the work,” he added. “I knew we were going quick, so I waited until we turned for home to really ask her. She responded, changed leads and was all business to the wire.”

Bred by W. Maxwell Ervine, The Goffs Orby graduate more than doubled her career earnings to $97,346.