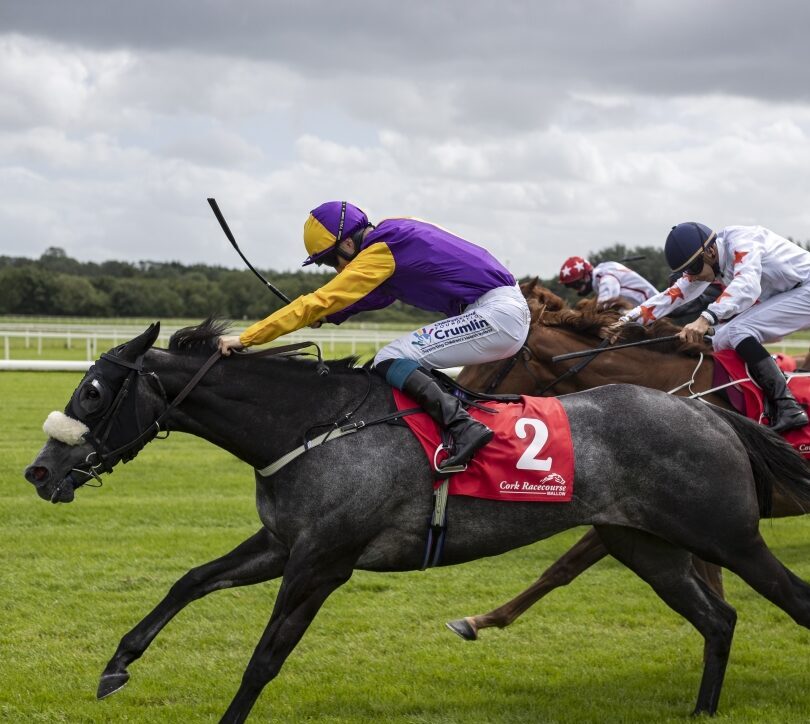 Sonaiyla snapped up by Moyglare Stud for 900,000gns at Tattersalls December Mare Sale

Just twelve months ago BBA Ireland acquired the four year old daughter of Dark Angel on behalf of Ruairi O Coileáin’s Ennistown Stud, who then sent her to trainer Paddy Twomey. Since joining Twomey Sonaiyla has further boosted her career tally following a Listed win in the Sweet Mimosa Stakes a Gr.1 placing in the Flying Five Stakes at The Curragh earlier this year.

The fresh black type made all the difference when the attractive filly entered the ring on Tuesday, as Demi O’Byrne and underbidder Joseph O’Brien made attempts to secure the talented filly, but had to give best to Fiona Craig of Moyglare Stud Farm, whose 900,000gns offer held sway.

Being a daughter of Dark Angel out of a More Than Ready mare was part of the attraction for Craig, who said:

“We’ve sort of reinvested (Moyglare had earlier sold Mia Maria, Lot 1686, for 450,000gns). It’s basically about a need for speed, which is probably why Joseph was bidding on her. She had something that we find hard to breed. We went a bit higher than we thought, but Joseph was a worthy competitor.

“She had a Gr.1 placing and she’s a pretty filly too. And she’s an outcross who can go to pretty much any stallion. She can go to just about anything other than Dark Angel. She can go to Frankel, Sea The Stars, Kingman, Galileo or Dubawi.

“She won the Sweet Mimosa Stakes (Listed), which is a really good race and we watched her videos. Hats off to Paddy, who did a really good job with her, but that five-furlongs Gr.1 placing is key to it.