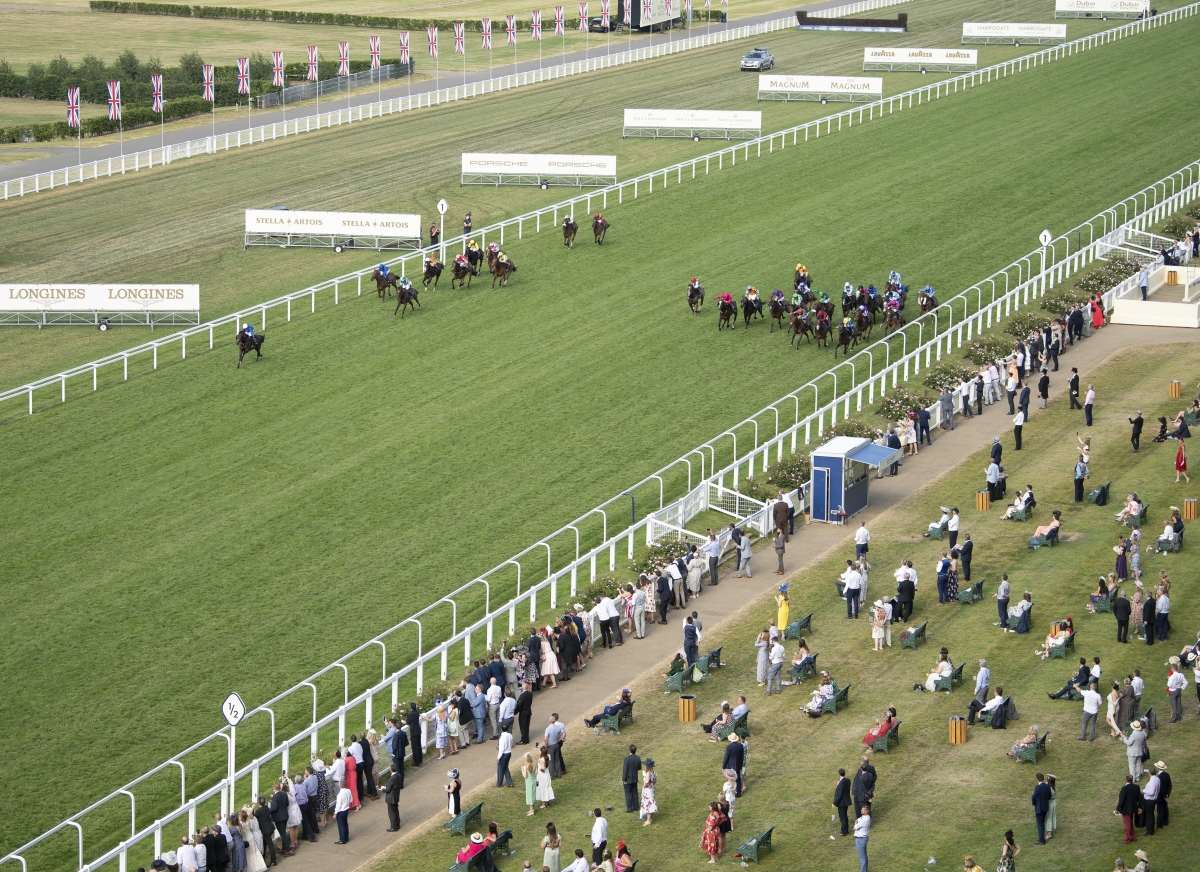 Saeed bin Suroor, Godolphin and Marco Ghiani combined to win the Royal Hunt Cup in fine style with Real World on day two of Royal Ascot. The four-year-old son of Dark Angel sneaked in towards the bottom of the weights but there was no close call about the result as he sauntered clear on the far side for a four and three quarter-length success. The near side group had been favoured for most of the meeting so far and they were the much bigger group, with Astro King leading the stands’ side pack home in second. Grove Ferry was third with Ouzo fourth, both running on the stands’ side, with Beat Le Bon, on the far side, home in fifth.

The win was Godolphin’s second of the day following Kemari’s victory in the Queen’s Vase for Charlie Appleby.

Ghiani, who was celebrating with 50 yards to go, said: “He was travelling really nicely and then he went clear. The last furlong I was looking at the crowd and he’s an improving.

“I walked the track and down the sides it was pretty similar, so I was hoping they’d stay on the rail and they did.”

Real World was adding to a purple patch for Dark Angel who has already enjoyed three winners at the meeting.