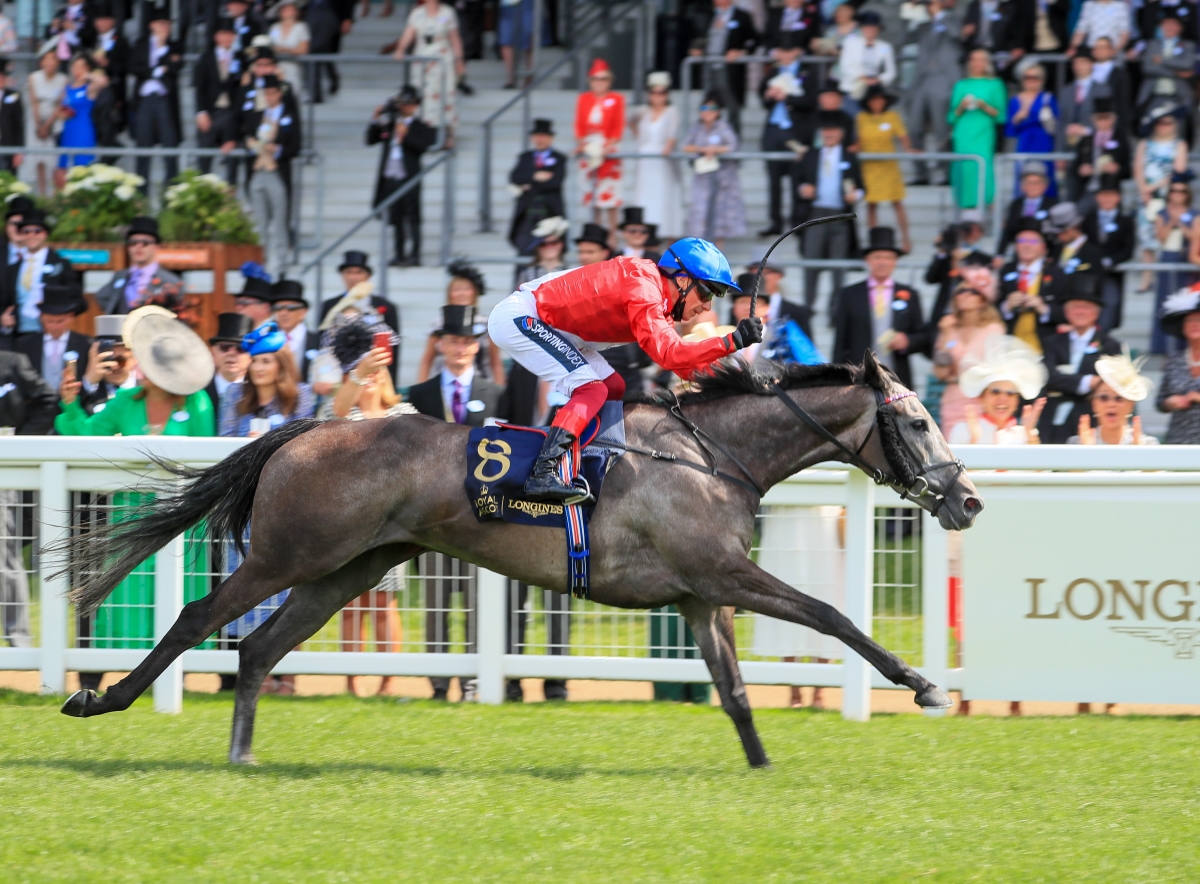 Another Royal Ascot Winner This Week For Dark Angel

Frankie Dettori posted a landmark 75th Royal Ascot winner as John and Thady Gosden’s Indie Angel stormed home in the Gr.2 Duke of Cambridge Stakes on the second day of the Royal Meeting. Indie Angel stepped up to take full advantage of what looks to be a stand’s-side bias in Wednesday to provide Cheveley Park Stud with a record fifth success in the Group 2.

The grey daughter of Dark Angel flew down the inside to beat Lady Bowthorpe and Queen Power, who both raced down the middle of the track. Several runners were in contention before the final furlong but Indie Angel powered clear alongside the stands’ side rail to win by two and a half lengths, with the second and third split by a short head. Champers Elysees was the best of the Irish-trained contingent a further three-quarters of a length back in fourth’ while the Amanda Perrett-trained Lavender’s Blue stayed on well to finish fifth.

Indie Angel was bred by Ringfort Stud & Paul Handcock out of listed winner and dual Gr.3 placed Indigo Lady who is back in foal to Dark Angel.

“Everything went right,” Dettori told ITV Racing. “She likes fast ground, cover and plenty of room. She got all three things today.”

In fairness she won very well on her final start last season and it just went a little wrong,” said joint-trainer John Gosden. “I probably ran her before she came to herself and she had a little complication in the last race but we knew she could be competitive with the top fillies.

“It would have been wishful thinking to say she’d win by two and a half lengths but she relaxed beautifully and just bloomed. She looked a very different filly from when we last ran her back in May.”

On future targets, Gosden added: “She’s won a Group 2 so maybe you start trying to climb even higher up the ladder. There are nice races like the Sun Chariot and at the July meeting, which are possibilities but we’re going to try to savour this moment.”