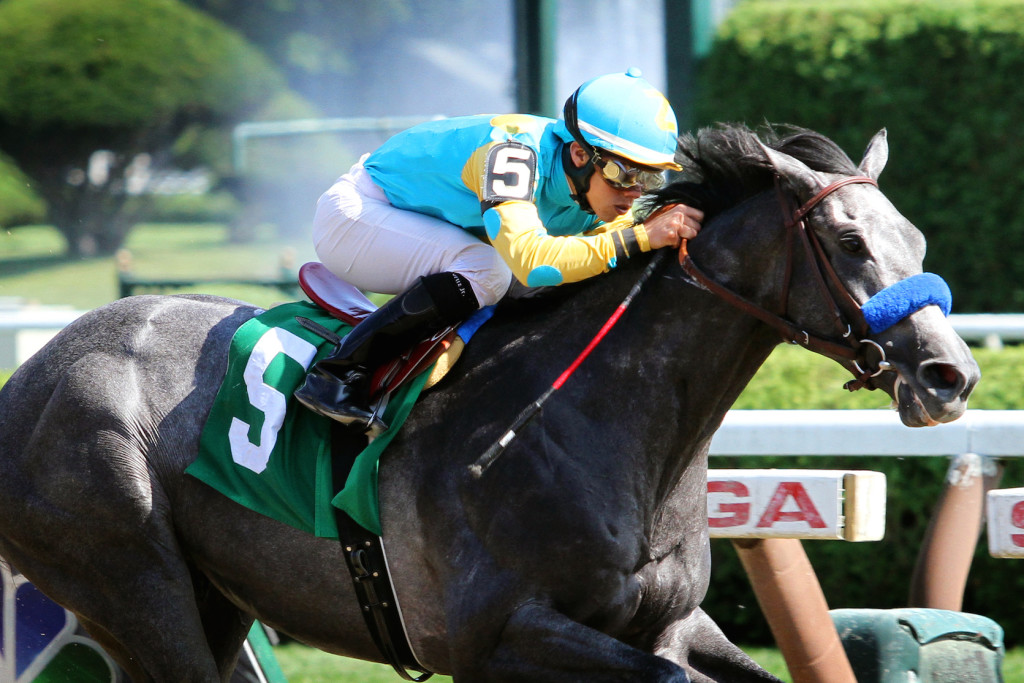 Freshman sire El Kabeir had his first stakes winner on Wednesday when Don Chicco struck in the Listed Premio Giuseppe De Montel at Milan on Wednesday.

Trained by Agostino Affe, the grey had provided El Kabeir with his first winner when striking at Capannelle last month and he duly followed up with a comfortable success in black type company to land a prize fund of €38,500 for his connections.

Bred in partnership by Mickley Stud, Harc Syndicate and K Whitehouse, the two-year-old was sold to Horse Revolution by his Breeders’ for at the Goffs UK Premier Yearling Sale.

He is the fourth foal and second winner out of the unraced Oasis Dream mare Otrooha, who in turn is out of an Indian Ridge half-sister to Gr.2 Hardwicke Stakes scorer and the multiple Gr.1 placed and sire Maraahel, a high-class performer for Sheikh Hamdan Al Maktoum and Sir Michael Stoute.

The son of Scat Daddy, his best ever juvenile trained in USA has notched up four individual winners to date, including the Andrew Balding trained Masekela, an impressive winner on debut at Goodwood and a respectable fifth in the Chesham at Royal Ascot.