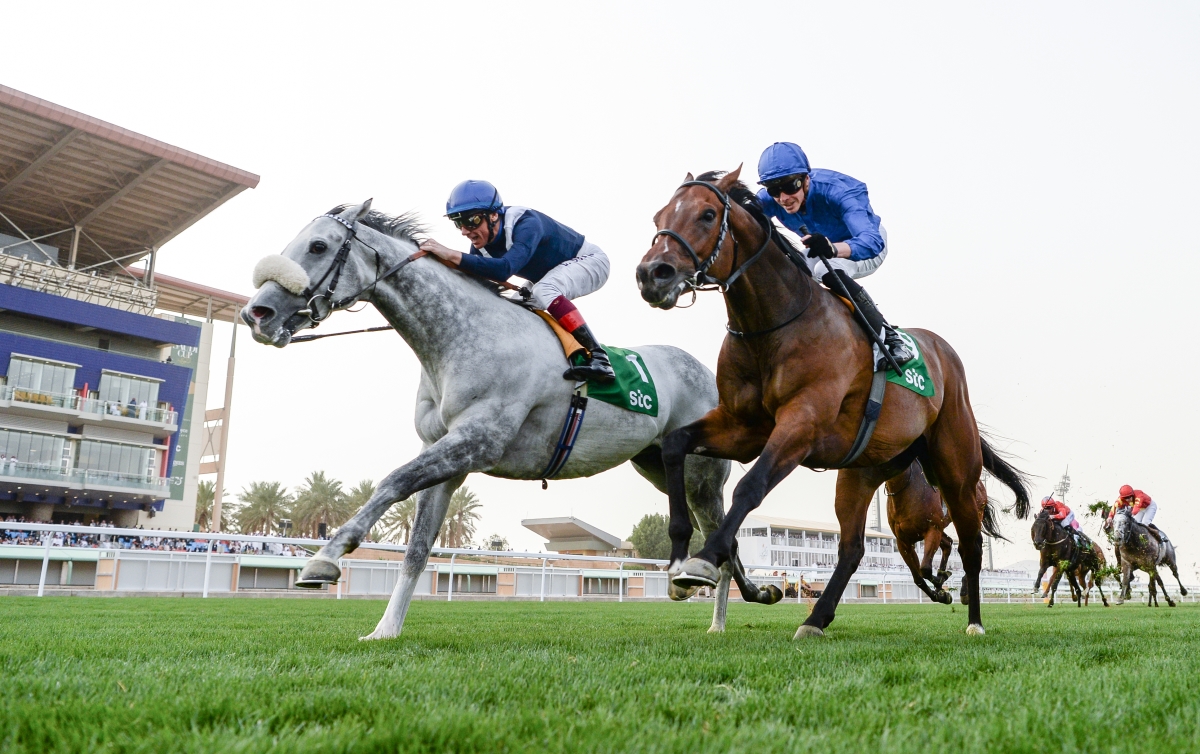 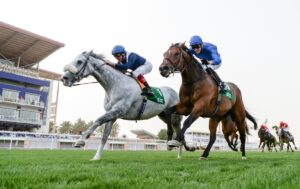 In only the second race ever over the new King Abdulaziz Racetrack turf course, the Grangemore Stud homebred , Dark Power displayed his prowess for the unique 1351m distance in the well-labelled $1,000,000 stc 1351 Turf Sprint, running down Godolphin’s Charlie Appleby-trained Mubtasim under a perfectly-timed Frankie Dettori ride.

Owned by Al Adiyat Racing, the Allan Smith-conditioned son of Dark Angel rewarded his trainer’s faith and stepped up in class with finesse under a tremendous closing ride. The final time was 1:19.63, with the winner overpowering the runner-up by a length. It was another two lengths back to Appleby’s Glorious Journey in third.

Bred by Grangemore Stud the speedy grey was sold as a foal for €80,000, Dark Power was campaigned by Alan Craddock with trainer Clive Cox and plied his trade in Britain’s handicap ranks until being bought by Richard Frisby for at the 2018 Tattersalls Autumn Horses-in-Training Sale. He transferred to Bahrain-based trainer Allan Smith thereafter and has won or hit the board in all seven starts since for Al Adiyat Racing. 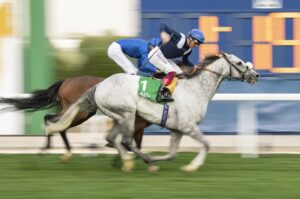 Quotes: Frankie Dettori, jockey, Dark Power, 1st: “Sheikh Essa is a friend of mine. I’ve been going to Bahrain for the last five years and I took the ride a month ago. I didn’t know what to expect to be honest with you, but this is an amazing feeling. To win a race like this for your mates is a double-whammy. What they’ve done in the space of two months (with this turf course) is remarkable.”

Allan Smith, trainer, Dark Power: “Frankie gave him a super ride. The main thing was getting him settled early on and Frankie just got him slotted in and relaxed. I always thought he’d make a seven-furlong (1400m) horse even when I bought him. We bought a sprinter, but he’s always done his best at the end of a race. I’ll take it!”