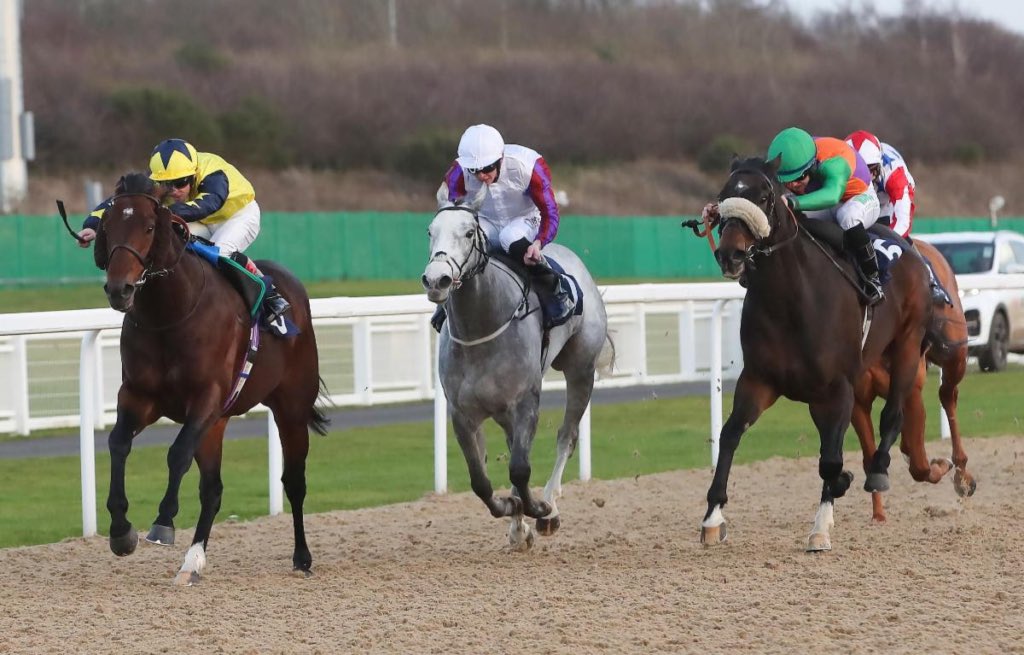 Hareem Queen, recorded a stakes debut success at Lingfield on Saturday, PJ McDonald travelled with his charge in fifth in the silks of Owner John Dance before laying down his challenge to close rounding the home turn and kept on relentlessly under a final-furlong drive to inhale Royal Birth in the dying strides for a career high success. The Corduff Stud bred daughter of Dark Angel is one of four winners from as many runners out of an unraced half-sister to five stakes performers headed by Listed Royal Windsor Stakes scorer Army of Angels. The grey is a full sister to a 2-year-old filly and a half  sister to Group 3 Renaissance Stakes third Chessman.