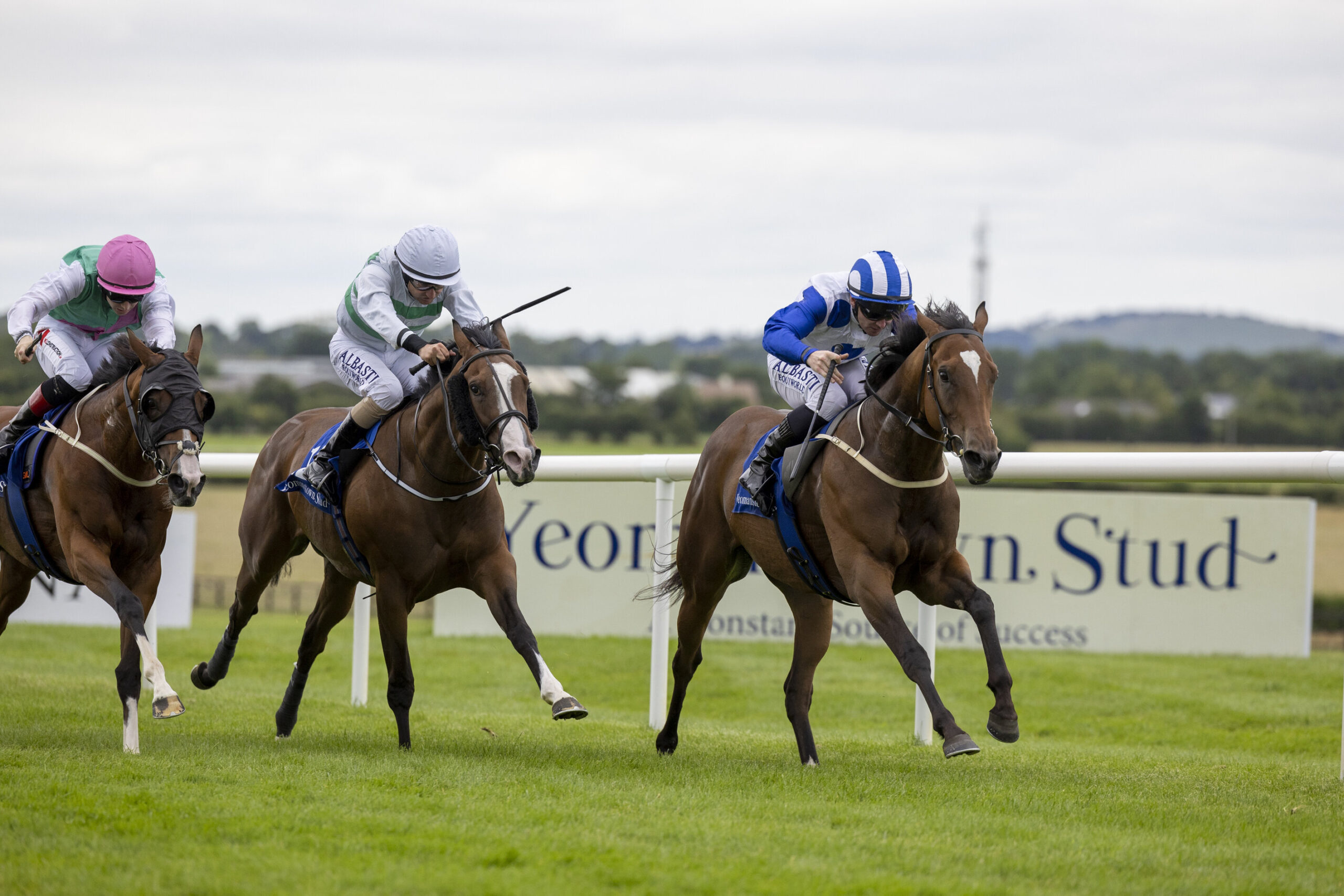 Pirate Jenny gained compensation for a narrow defeat in the Listed Midsummer Sprint at Cork last month by securing her first black-type success in the Listed Yeomanstown Stud Irish EBF Stakes at Naas on Wednesday. The Ger Lyons-trained daughter of Exceed And Excel was last seen finishing down the field in a 6f Listed contest on Irish Derby day, and connections opted for a change of tactics on this occasion.

Dominating from the front under jockey Gary Carroll, with her better fancied stable companion Sacred Bridge and the Jessica Harrington-trained Sablonne (Dark Angel) her nearest pursuers from an early stage. There was little change in the order thereafter, with Pirate Jenny responding generously to her rider’s urgings from the two-furlong pole, gamely holding on against the far side rail. Sablonne narrowly edged out Sacred Bridge to finish a three-quarter-length second, with Ano Syra filling the fourth place position.

Winning trainer Ger Lyons, also completing a double after Apricot Twist in the opener, and went on to record a treble on the evening with Mutasarref (Dark Angel) said: “Gary said she was very tough. The last day was too soon after the Cork race. She is a filly that I need to give some time between her races.

“All my fillies it’s about black type and making them worth the value that we pay for them. That’s another job done.

“I was disappointed with Sacred. What I’ve seen at home with the blinkers she was just going to pick them up and go but Colin’s reaction was that she didn’t face the blinkers.

“She is not ungenuine but I just felt she was going through the motions and I thought the blinkers would help.”