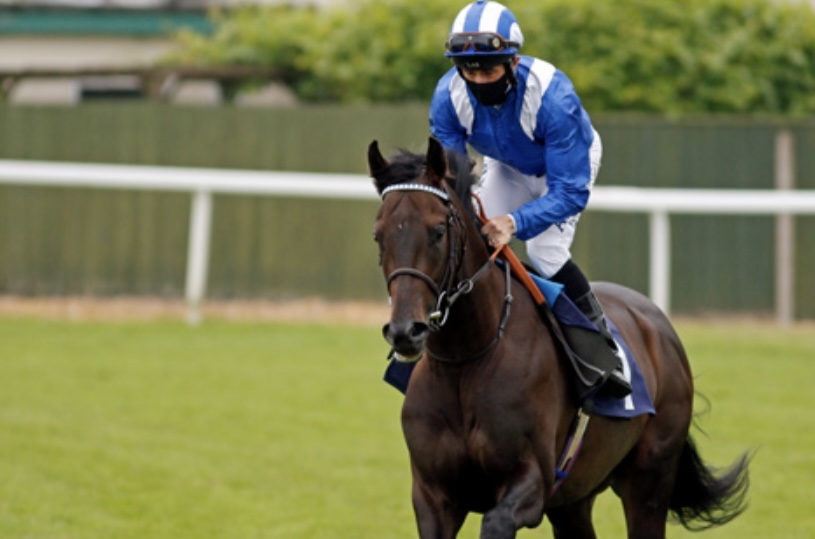 A field of six lined up for the Listed Pomfred Stakes over a mile at Pontefract yesterday and Modern News was sent off the odds-on favourite, but he was turned over by the progressive son of Dark Angel Alflaila, who swooped late to land his first Stakes victory under Jim Crowley for Owner- Breeder Shadwell Estate Company Ltd.

The Owen Burrows-trained winner was a step slowly away and dropped out the back as Marie’s Diamond went forward and set an even gallop, with Modern News tracking him. Alflaila had four lengths to make up at the top of the straight with two furlongs to run, but circled the field and produced a fine finishing kick to score readily by a length and a half. Marie’s Diamond put in a good show to hold on for
second, with Modern News filling the third place position.

Burrows who was saddling his third big winner of July following the victories with Anmaat in the John Smith’s Cup and Minzaal in the Hackwood Stakes, the Farncombe Down Stables handler thinks there could be plenty more to come from the winner moving forward.

“It was a really pleasing performance,” said the winning trainer.

“For whatever reason he has this little bit of a habit of jumping a bit slow and we thought Pontefract might just suit him over a stiff mile. Dane (O’Neill) said at Newmarket he was doing his best work at the end and we think we were beaten by a very nice horse (Mighty Ulysses) on that occasion.

It’s all worked out lovely today, we were a little concerned there might not be much of a gallop, but the second horse has gone a nice pace without going mad. My travelling head lad rang me to say the ground had turned to good and it was still emptying down, but he’s pretty versatile, he goes on quick ground and he handles a bit of cut, so it was a pleasing performance.

“He’s getting his act together now and before this we were were sort of contemplating the Strensall Stakes at York, which is nearly a mile and one and might just suit him. We’ll see how he is, but he is definitely a horse going the right way and doing well.”

This was a third career win for the three-year-old Alflaila, who made a winning debut at Salisbury last June. He won an Ascot
handicap on his return in May and was last seen finishing second to Mighty Ulysses in the Listed Sir Henry Cecil Stakes at Newmarket.