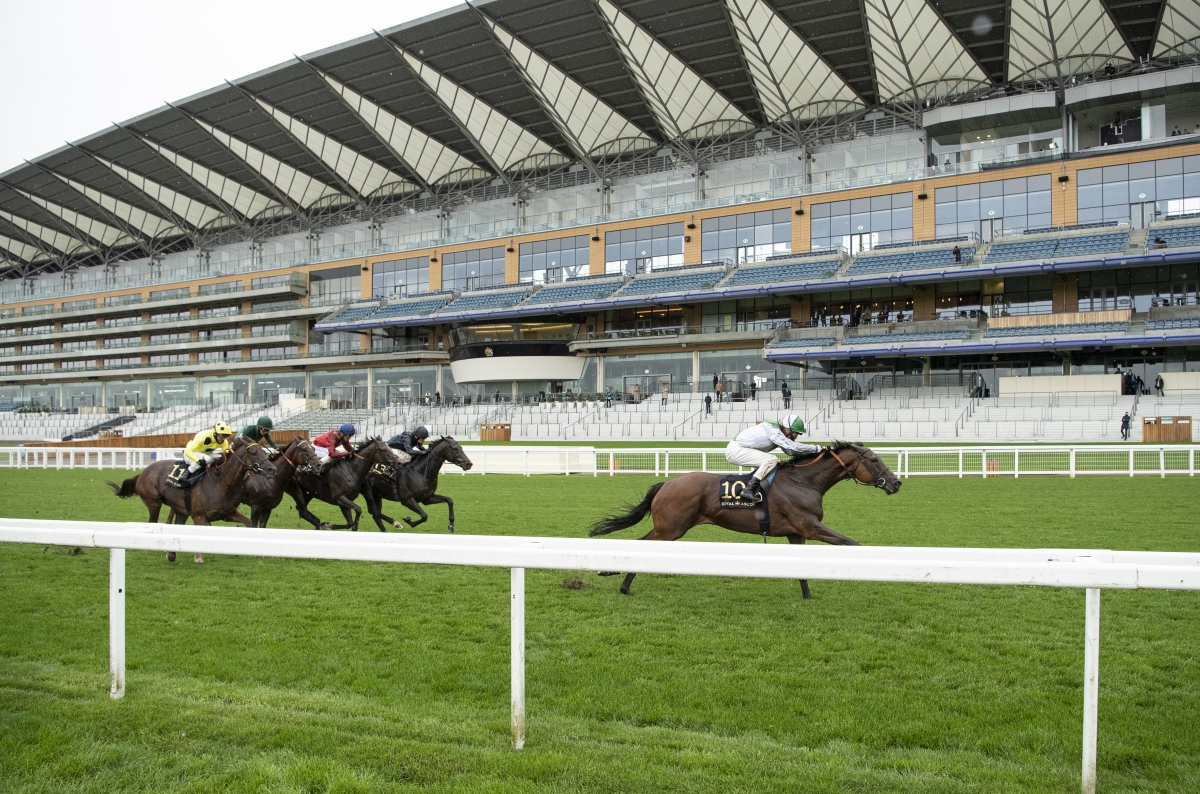 Jockey James Doyle bagged his third winner of the week as he superbly delivered Yeomanstown Stud homebred Mountain Angel up the inside to take the Listed Wolferton Stakes on day three of the Royal Meeting.

The Roger Varian-trained son of Dark Angel made handsome headway enjoying a dream run on the inside rail, headed stablemate Prince Eiji approaching the final furlong and quickened away from the running-on Sir Dragonet and Regal Reality to score a comfortable 2 1/4 length victory.

The Tattersalls October Book 2 graduate is a full brother to Fanciful Angel who was runner-up in the Gr.1 Arlington Million, Gr.1 Joe Hirsch Turf Classic and Gr.2 Mehl-Mulhens-Rennen (German 2000 Guineas) and was recording a 60th Stakes winner and second winner of the meeting this week for his sire Dark Angel.

Varian said: “He had everything in his favour. He’s a good horse fresh. He’s showed that over the years. He gets the trip well, he loves a bit of dig in the ground and he’s trained well at home.

“He ran very well in the race last year when he got shuffled back early on from stall one. It was probably a slightly stronger renewal last year so we thought he’d run well today.

“He doesn’t need over-racing. We took him to Bahrain on a fact-finding mission in the autumn to see if he’d be an international horse, but he didn’t like that firm ground, so I think we’ll bide our time with him.

“He ran well in a couple of Group races in France last year, so he’ll deliver when he’s got things in his favour.

“He is not just about first time out. He is a horse that when conditions suit he is pretty smart – if the trainer runs him on ground too fast he is probably not going to give you the same performance.

“He was placed in the Prix Dollar last year and a Group Three at Deauville. On the back of that he has got a Group race in him.”

Doyle, riding his third winner of the week, said: “It worked out perfectly for him and he loved the ground.

“I travelled really good, I could have done with them going a bit quicker but he just carted me into it.

“I pulled my goggles down and when we turned in I couldn’t believe how much room we had. I didn’t want to get to the front too soon, but he knuckled down well.”