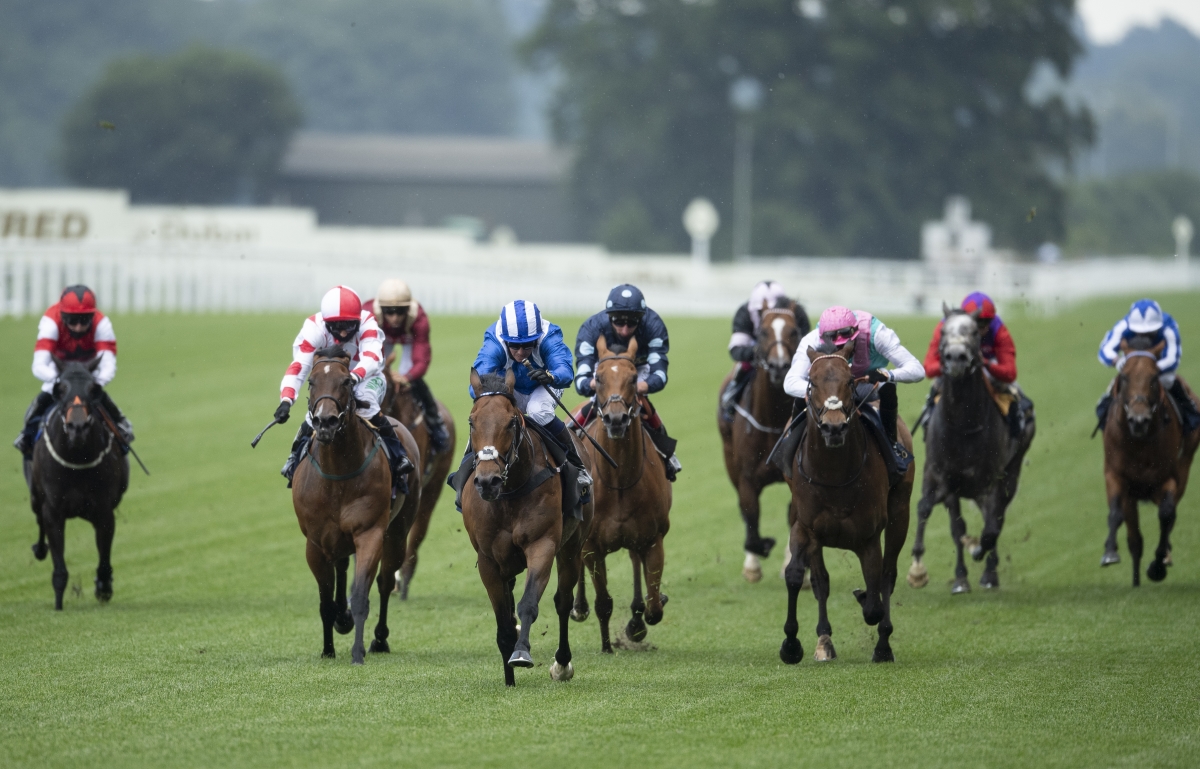 Brilliant Battaash No Match For Rivals at Royal Meeting

Charlie Hills’ stable star Battaash broke smartly and was always travelling smoothly in the hands of Jim Crowley, when asked to put the race to bed approaching the furlong pole he duly did, quickening three lengths clear of his rivals. Bred by Paul and Marie McCartan’s Ballyphilip Stud in Co. Limerick, the brilliantly quick five-furlong specialist and son of Dark Angel has produced a series of outstanding performances in recent years, notably when running away with a four length victory in the Prix de l’Abbaye Gr.1 at Chantilly in 2017 and when taking the Coolmore Nunthorpe Stakes Gr.1 at York in record time last summer.

The tip-top sprinter was recording his 11th career win and his 3rd Gr.1 success in the colours of His Highness Sheikh Hamdan bin Rashid Al Maktoum’s Shadwell Racing operation.

Crowley said: “I had to hold him for two furlongs as he was on a bit of a going day today and wanting to charge off – my only concern was trying to get the fractions right on him as there was nothing quick enough to lead him. When the gates opened today, he was gone.

“Every time he wins it feels special, as when he wins he wins well. I was a bit worried the stiff uphill finish might find him out on his first run, but he’s just a real superstar.

“He’s won the big three now – the King’s Stand, the Abbaye and the Nunthorpe. Hopefully he’s not finished yet – I’m very grateful to be riding him.”

Hills said: “He broke out of the stalls fantastic and Jim didn’t have much choice but to go forward. He always looked in command and it is a real shame Sheikh Hamdan was not here to witness it, but it is great to finally win a King’s Stand with him.

“You get slightly tense, obviously, but I’ve lived every emotion with him. We’ve been beaten in this race twice before, so three times I don’t think I could have dealt with that. His ace card is pretty much from the two to the one and he gets horses off the bridle. He gets them all going while he is still cruising.

“He is a very hard horse to pass when he is like that. He is just an amazing horse. Everyone in the yard is so lucky to have a horse like him, he is a horse of a lifetime. Not just that, it’s the character he has at home.

“I was watching the race where no one could see me – no cheering, just get the job done.

“It wasn’t to me (concern not having a prep race) as he has always been pretty good first time out and if anything it might just have flattened him the last couple of years. Let’s see next year if we come straight here or not. It would be fantastic to come here as a seven-year-old.”

On future plans, Hills said: “I’d feel really proud if he won that race (King George Stakes at Goodwood) four times. That would really be a highlight this season if he was able to do that.

“At the moment I would say Goodwood would be where we go next and then York. After that we’ll have to speak to Sheikh Hamdan and decide (where we go).

“Whether he goes there (Breeders’ Cup) will be Sheikh Hamdan’s decision. We’ll have to see how he gets on in his next couple of races and I’m sure there’ll be a discussion about it.

“He’s not the biggest horse, but he does put an enormous effort in when he runs and we have to be conscious of that. Some of the times he produces are ridiculous, so he really does put his heart and soul into his races.”