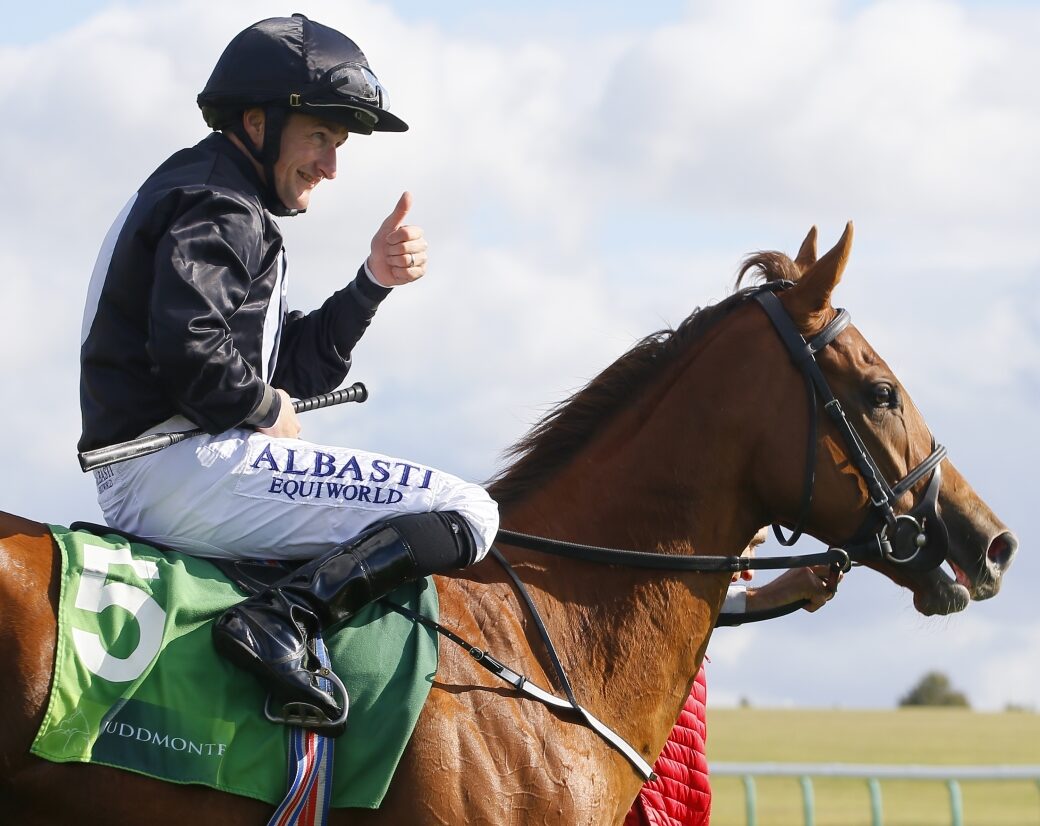 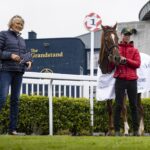 Last Season’s Gr.1 Cheveley Park Stakes heroine Millisle returned to the winner’s enclosure for the first time this year when winning easily in Wednesday’s Naas feature, the Yeomanstown Stud Gr.3 Ballyogan Stakes. Dropped back to 6f after a seventh in the Gr.1 1,000 Guineas, the daughter of Coolmore Stud’s Starspangledbanner then finished behind two of this season’s top sprinting three-year-olds, Golden Horde in the Gr.1 Commonwealth Cup and  Dark Angel colt Art Power in the Gr.3 Lacken Stakes. Returning to female only competition last night, she settled just behind the Aidan Fogerty trained Forever In Dreams in the 6f contest and eased into the lead just inside the 2f marker. She was chased to the line by Pronouncement, but had plenty in hand and beat her by a comfortable four lengths. Lady Penelope stayed on for third, just in front of Precious Moments.

“She’s back on track. She was very good there and Shane said she’s only really learning to sprint now,” said Harrington

“She got rolling, enjoyed it and quickened up well. She had to carry a penalty against them there too.

“We’ll probably go to the Curragh now for the Phoenix Sprint, another Group 3. It’s just hard enough to find races for her.

“There are very few fillies races, that’s the trouble, and she’s probably not hardened enough to take on the elder sprinters yet.

“I think she will be in time as I think she’s a proper sprinter. I’d love to look at a Group 1 towards the end of the season.

“She’s won a Group 1, a Listed race and now a Group 3 so it’s brilliant. She’s a very valuable filly as she has a good pedigree too.

“Her dam went back in foal this year to Starspangledbanner aged 23. She had been retired but they brought her back in out of the field.”

This was the third win in eight starts for the Jessica Harrington trained chesnut, who was bred by owner/breeder Stonethorn Stud Farms and is likely to run next in the Gr.3 Phoenix Sprint Stakes, her trainer also mentioned the Gr.1 Prix Maurice de Gheest as a possible target later in the season. From the Classic Stowell Hill Stud family of High Top and Old Vic, Millisle is a half-sister to a Listed winner by Hurricane Run and to the dam of a Listed winner by Invincible Spirit.

Yeomanstown Stud are delighted to sponsor the Gr.3 Ballyogan Stakes at Naas Racecourse and look forward to an exciting renewal in 2021.