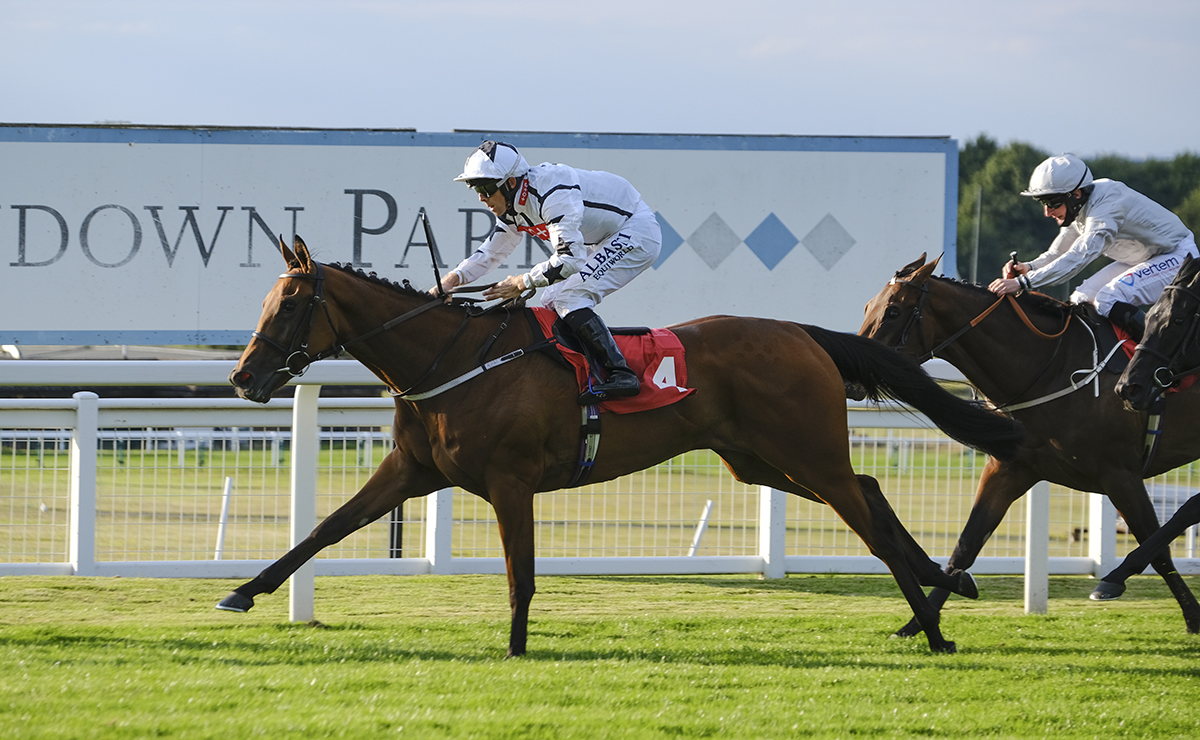 The Richard Fahy trained Fev Rover powered home with an impressive performance at Sandown Park on Tuesday, although she bumped into subsequent Listed Rose Bowl Stakes winner Method on her debut, she then went on to give a scare to impressive Royal Ascot Gr.3 Albany Stakes winner Dandalla when pushing her to within a head as the fast finishing runner-up in the Gr.2 Duchess of Cambridge Stakes over six furlongs at Newmarket just 11 days ago, but the ultra progressive juvenile relished a step up in trip and opened her account at the third time of asking in the feature Listed Star Stakes.

Despite running green against the rail, the Manister House Stud bred daughter of Gutaifan settled in third as Dubai Fountain unbeaten in two starts set a moderate early pace, tracked by Concessions, in the seven-furlong contest. The pace rose steadily to the turn, coming from the rear with challenges, she looked to have it all to do, but Ben Curtis began to move up the gears and she asserted in the final furlong to win going away, with her ears pricked winning comfortably by a length. A head separated Dubai Fountain and Setarhe in second and third and they were five and a half lengths clear of Star Of Emaraaty.

The dam, who has a yearling colt by El Kabeir, was purchased at the Goffs UK Premier Yearling Sale by Howson & Houldsworth along with owners Nick Bradly Racing. Fev Rover is a half-sister to winners Bill The Butcher and Ryony, who was Champion Miler in Slovakia, out of the juvenile winner Luarelita. She is a granddaughter of the Gr.2 Prix d’Astarté winner and multiple Gr.1-placed Nashmeel, the dam of Gr.1 Yellow Ribbon Stakes winner Light Jig, herself the dam of the Gr.1 Hollywood Derby victor and Argentinian-based sire Seek Again.

Gutaifan, a son of Dark Angel who was a record breaking dual Gr.2 winning 2yo is enjoying a fine season so far with a tally of 10 juvenile and 2 stakes winners respectively.