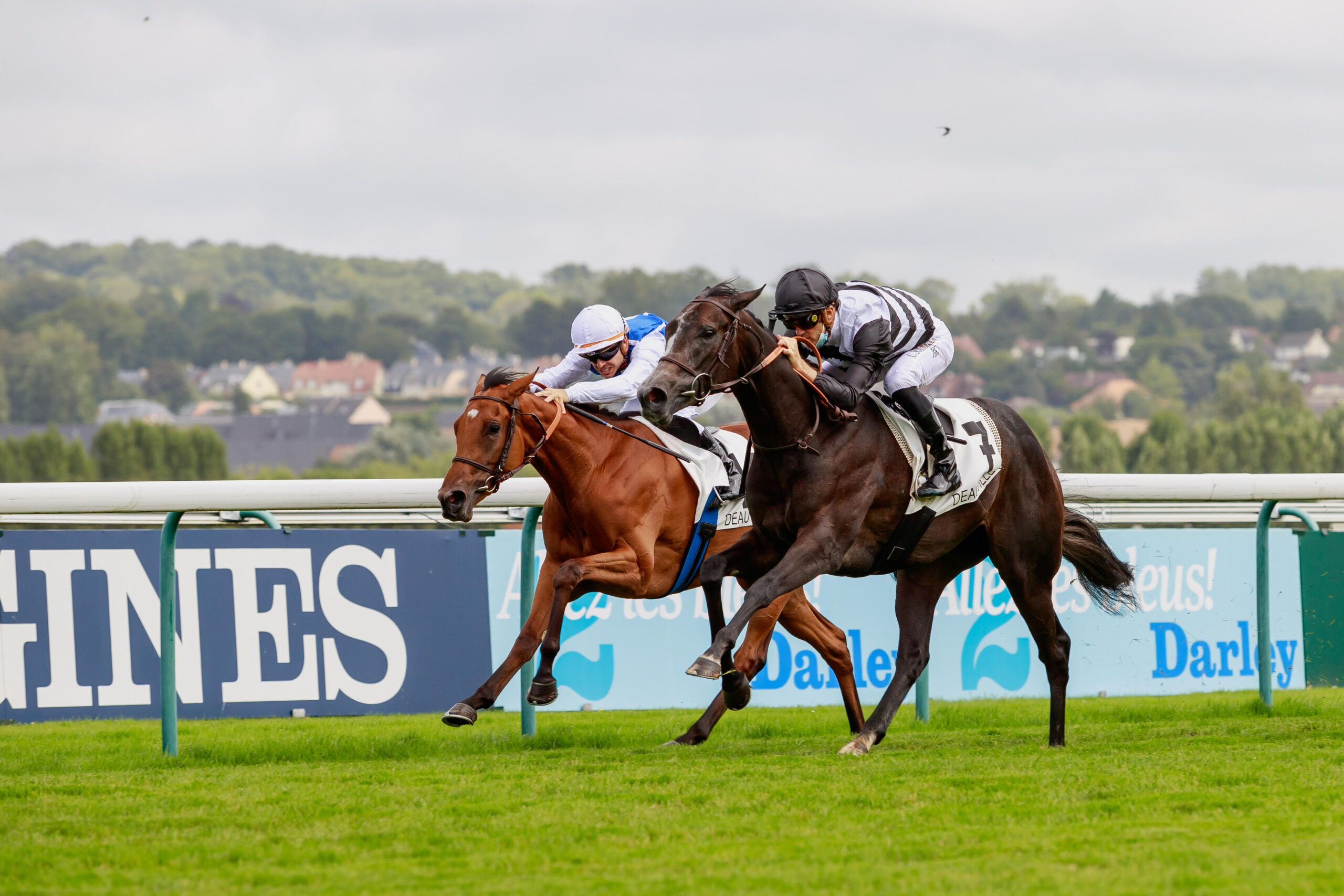 Tony Parker’s Infinity Nine Horses was in the limelight at Paris Longchamp on Sunday as the Mikel Delzangles-trained Mangoustine denied Cachet the G1 1000 Guineas-G1 Emirates Poule d’Essai des Pouliches double in a frantic finale. Having surrendered her unbeaten record when third in the G3 Prix de la Grotte  but last year’s G3 Prix Miesque winner was back on track where it mattered under one of the world’s most journeyed and accomplished jockeys in Gerald Mosse.

Settled behind the leading quartet early despite being caught wide, the 10-1 shot swooped on leader Cachet a furlong out and it was nip-and-tuck from there to the line. When it came, the Classic heroine was rallying gamely but the grey still had a head to spare, with Times Square closing in with every stride to finish a short head away in third in a blanket finish.

Mangoustine who was recording an 11th individual G1 winner for her sire Dark Angel was a €46,000 purchase by David Redvers at the 2020 Arqana Deauville September Yearling Sale was three-for-three with a Deauville introduction followed by Lyon-Parilly’s Listed Criterium de Lyon over a mile and Chantilly’s G3 Prix Miesque at seven furlongs. Sharpened by her return in the Grotte, she was able to draft close up in the initial stages of this race which acted as a precursor of what was to come in the Poulains. With the eventual first three in the first five early on, the front end was the place to be at Paris Longchamp on Sunday and it is to the winner’s credit that she gave the 1000 Guineas winner a two length head-start before running her down. Her penultimate furlong of 10.82 was the fine margin which told in the end as the first eight were covered by just over two lengths.

Delzangles is thinking of Royal Ascot for the winner now.

“We hadn’t planned to be where we were, but she was very relaxed and it was a good pace, he said. I wasn’t surprised that she was beaten in her trial, as she was well but not at 100%. She needed a bit of time to come out of the winter and everything looked perfect after the Grotte. A mile is her distance, so she might go to the G1 Coronation”.

“That felt almost like it did when I won my first Gr.1! She is a brilliant filly and answered every question I asked of her, despite being stuck wide. She was relaxed in her breathing and came to life when it mattered, she’s a champion!”