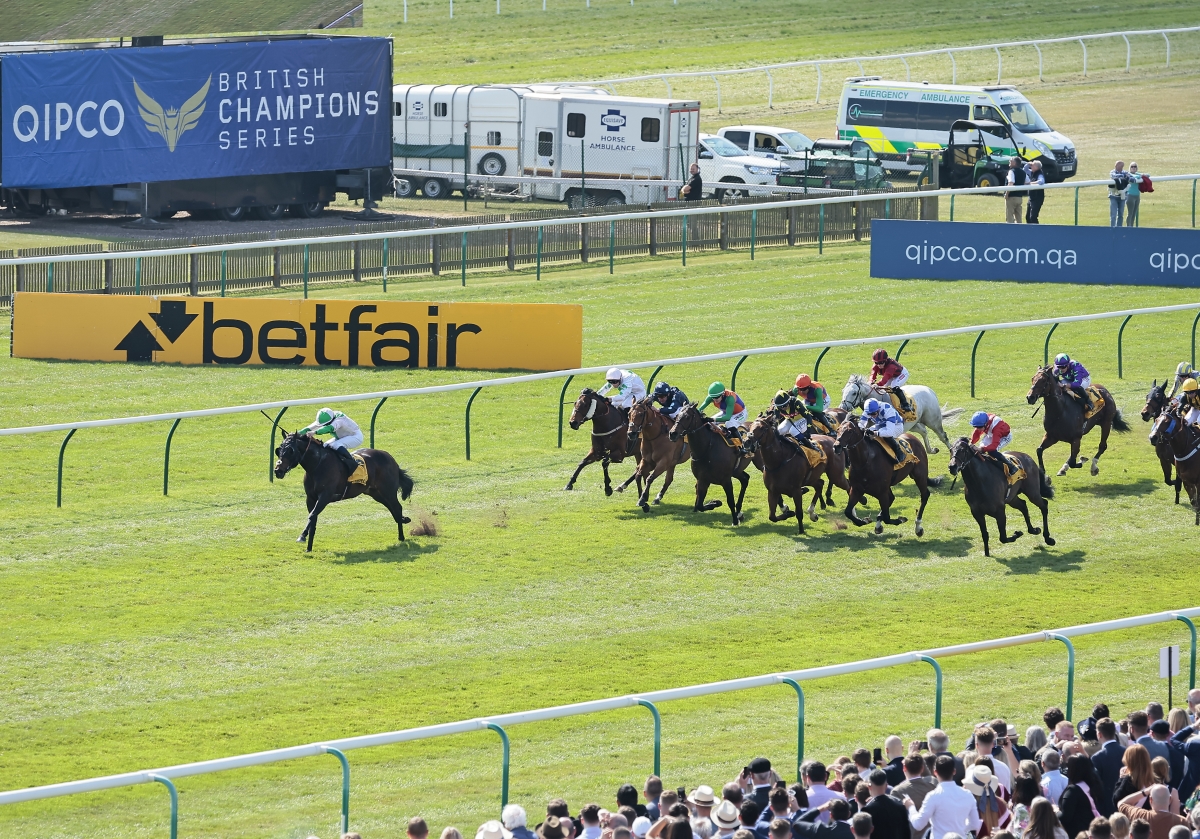 The Charlie Hills-trained evergreen Khaadem laid down his marker for this year’s top sprint contests by winning the Gr.3 Palace House Stakes over five furlongs on Saturday. Drawn in stall one, William Buick raced alone on the far side disputing the lead. He held an advantage of several lengths three furlongs out and, despite having his lead reduced exiting the dip, he kept on finding and held on by a neck from Existent with Saint Lawrence three quarters of a length back in third.

“These are hard races to win but he’s just seriously fast. He’s a proven horse and the Hays like to have runners in Dubai, so it was an easy decision to make to buy him. You’d have to go to Ascot after that and take on the rockets there and you’d have to keep him over the same trip too” – Alex Cole, owner’s racing manager.

The six-year-old who already had some good form on his CV coming into this race, having won the Listed Scarbrough Stakes in September, and most impressively having finished fourth in both the Gr.1 July Cup and the Gr.1 Diamond Jubilee Stakes as a four-year-old over a furlong further. Owned by Mrs Fitri Hay he is a homebred and a gradyate of Book 1 of the Tattersalls October Yearling Sale. He is a full-brother to the Listed scorer and dual Gr.2-placed Log Out Island and his 2 year-old full brother will be offered as lot 89 at the upcoming Arqana Breeze Up Sale in Deauville on Friday 13th May 2022.