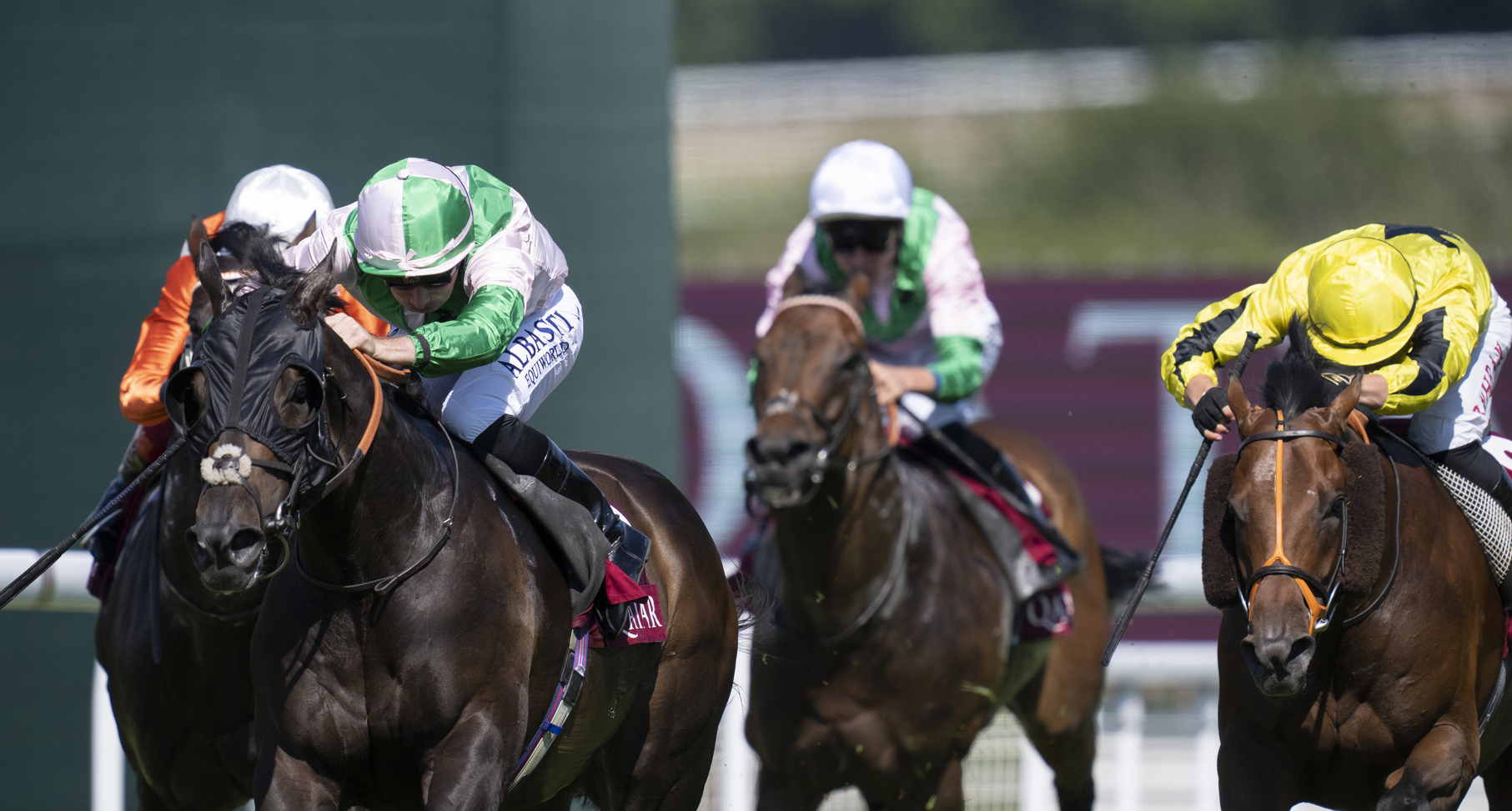 2019 Stewards’ Cup winner Khaadem maintained his unbeaten record at Goodwood when landing Friday’s feature, the Gr.2 King George Qatar Stakes. The six-year-old son of Dark Angel was deemed a non-runner in the Gr.1 King’s Stand Stakes after losing his jockey in the stalls, having previously won Newmarket’s Gr.3 Palace House Stakes at the end of April. Khadeem became the first horse to win the Gr.3 Palace House and Gr.2 King George Qatar Stakes double since Lochsong in 1994.

Racing in midfield in yesterday’s 5f contest, he was one of six in a row at the head of affairs as they passed the furlong marker. Showing the best turn of foot in the closing stages, he ran on well to score by a neck from the fast-finishing Raasel, who made up plenty of ground from the back but was always held by the winner. Caturra was third, nearly a length further back.

The winner has lined up in top-flight company six times, including when he was a creditable fourth in both the Diamond Jubilee Stakes and July Cup in 2020, and he holds more Gr.1 entries in the Nunthorpe Stakes, Sprint Cup and Flying Five Stakes over the coming weeks.

Trainer Charlie Hills hold a remarkable record in the race and was recording his fifth success having won with multiple-group one and Cartier Champion Sprinter Battaash on four consecutive occasions from 2017-2020.

Charles Hills commented: “It had always been the plan to come here. The track suits and he has won here before in the Stewards’ Cup. He has won a couple of times making all, but he does not have to be ridden that way. The way the race unfolded, they all
came down the one side and that opened everything up. He likes a bit of space in his races.

“He is a good horse, a very good horse with a lot of speed. Ryan was very positive afterwards and we will look now for a Gr.1, the Nunthorpe or wherever. He is growing up. Sprinters can take their time. As a three-year-old he had a fantastic season, but it then did not quite work for him as a four-year-old. He is not tricky, just a bit quirky.”

Homebred Khaadem  hails from the family of the Gr.1-winning sprinter and sire Bold Edge, and is a full-brother to the Listed winner and five-time group-placed Log Out Island, and their dam is a winning Footstepsinthesand half-sister to Lady Links.