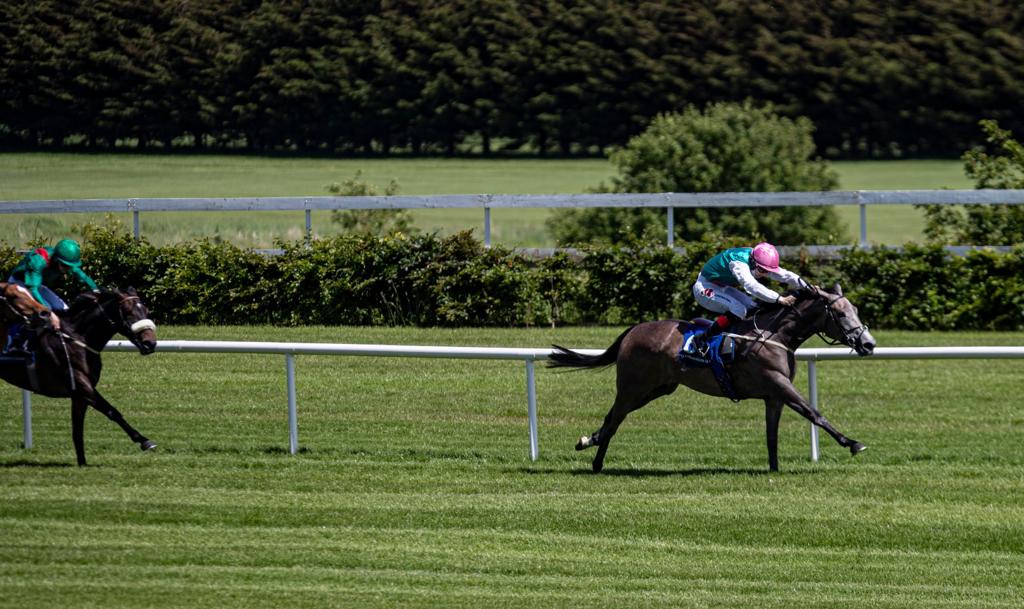 Juncture Gets Off The Mark With Smooth Victory In Leopardstown Opener

The Ger Lyons and Colin Keane partnership kept up the good work in the Leopardstown on Thursday unleashing another smart juvenile by Dark Angel, 24 hours after TDN rising star Dr Zempf shed his maiden tag, when Juddmonte Farms owned and bred Juncture got off the mark in convincing fashion to take the opening Yeomanstown Stud ‘Shaman’ Irish EBF Fillies’ Maiden. The grey put her debut experience to good use and led early, she soon tracked the leaders, finding herself in second at halfway. Pushed along and making headway to lead early in the straight, she was ridden and was three lengths clear a furlong out, keeping on well to score by three and a quarter lengths from Radiyka with Seisai and regally bred Discoveries filling the runner up positions respectively.

“She was green the first day as you’d expect and we gave her a two week break. She enjoyed herself and we were a little worried that she might be a little stuffy for it.

“Hopefully she’ll improve again for that. That trip is ideal and she’ll get a little bit further.

“That was the first box ticked, we’ll see where we go now as it’s going to be a long year with her.” 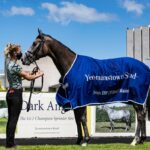