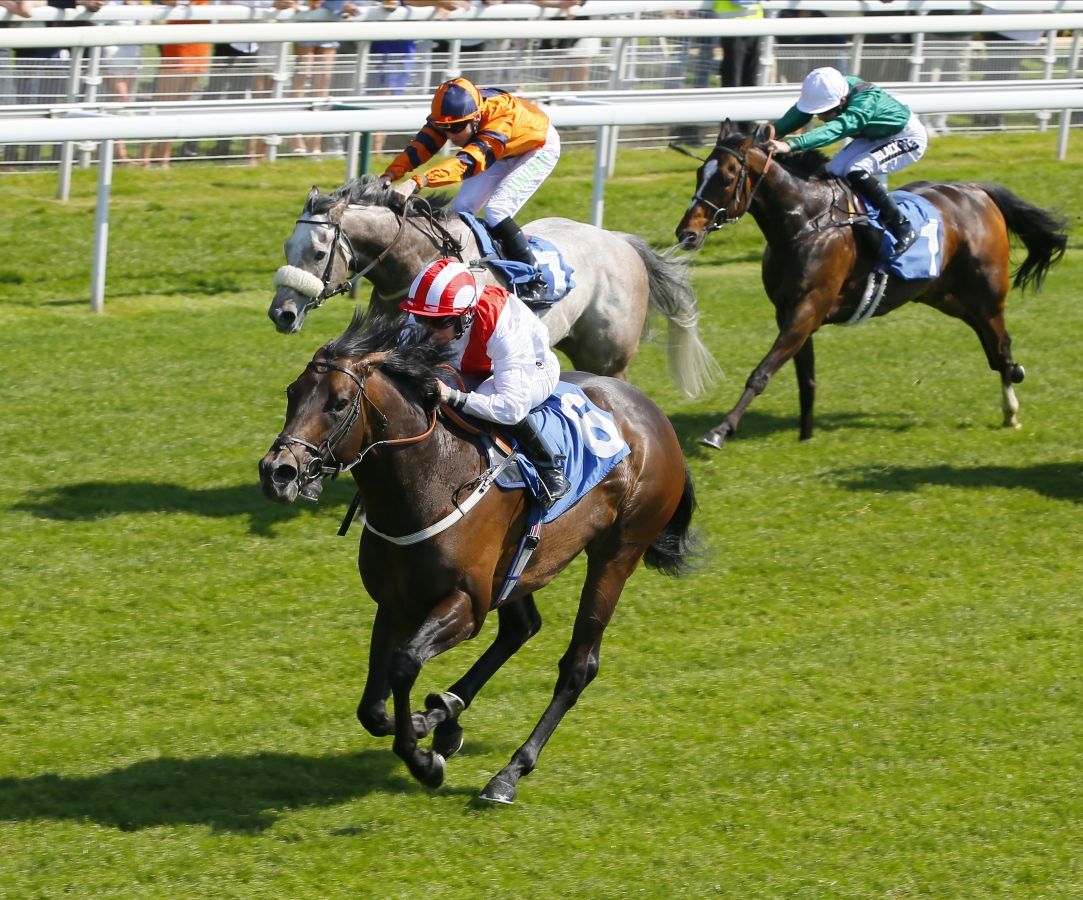 Yeomanstown Stud are delighted to announce the addition of INVINCIBLE ARMY(IRE)to their stallion roster for 2020. In a deal agreed with Saeed Manana, the son of Invincible Spirit will join DARK ANGEL, EL KABEIR, CAMACHO and GUTAIFAN at the Kildare based Farm. A high class performer throughout his career, Invincible Army (IRE) retires off the back his best season having blitzed his rivals in the Gr.2 Duke of York Stakes,at York, as well as victories in the Chipchase Stakes Gr.3 and Cammidge Stakes LR. In addition, he had placed efforts in the both The Flying Five Stakes Gr.1 andPrix De L’Abbaye Gr.1 to round off a stellar career.

Among the best of his generation at two, Invincible Army won the Sirenia Stakes Gr.3, while finishing second in The Gimcrack Stakes Gr.2, The Mill Reef Stakes Gr.2, and The Molecomb Stakes Gr.3. Invincible Army then kicked off his three-year old season with a stylish win the Gr.3 Pavilion Stakes before he finished a nose behind Sands of Mali (FR) in the Gr.2 Sandy Lane Stakes.

The imposing dark bay has shown his class to win on all surfaces and ground from good to firm to soft and polytrack and offers the breeder a chance to breed to a precocious and high-class racehorse who is bred on the same Invincible
Spirit/Diktat cross as leading first season sire Cable Bay.

Invincible Army raced in the famous red and white colours of Saeed Manana andwas trained by James Tate who described the colt as follows ‘Invincible Army was a horse of a lifetime to train, with his remarkable consistency and
soundness, he gave us many memorable days on the track and in the winners enclosure and I look forward to training his progeny in the years to come”. Commenting on the recent acquisition Gay O’Callaghan said ‘we are delighted to have the opportunity to stand Invincible Army, he is an exceptional looking colt who has shown his tough, honest and consistent attitude throughout his career. He is a welcome addition to our roster and think breeders will be keen to support him’