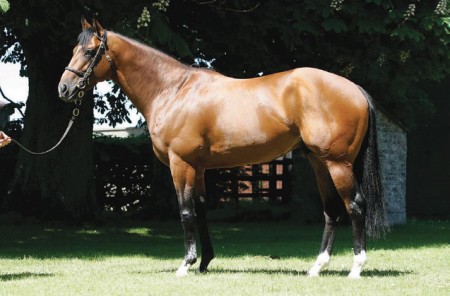 Yeomanstown Stud are delighted to announce the 2020 nomination fees for its four stallions standing at Morristown Lattin Stud.

Dark Angel, whose standouts on the racecourse in 2019 included the record-breaking G1 Nunthorpe S. victor Battaash, will stand for €85,000 at Yeomanstown Stud in 2020 the same fee he has commanded the past two seasons. The 14-year old’s nine stakes winners in 2019 also included G3 Dick Poole S. winner Dark Lady, and Listed Carnarvon S. winner Khaadem. Standing alongside his sire is Gutaifan, who has sired the G3 Firth of Clyde S. second Graceful Magic from his first crop of runners this year. He is trimmed to €6,000.

Yeomanstown introduces Invincible Army (Invincible Spirit) at €10,000. The 4-year-old won the G3 Sirenia S. at two, the G3 Pavilion S. at three and this year’s G2 Duke of York S. and G3 Chipchase S. Invincible Army is out of the G1 Falmouth S. winner Rajeem (Diktat), from the family of this year’s G3 Fred Darling S. winner Dandhu.

Completing the roster is Camacho at €10,000, and El Kabeir, whose first foals sell in the coming weeks, at €8,000. We’re pleased to announce the 2020 Yeomanstown Stud fees and are very excited to be adding Invincible Army to the roster, said the farm’s David O’Callaghan. Dark Angel has had another stellar year on the track led by Battaash, the fastest horse in the world. We’re looking forward to seeing the first crop foals of El Kabeir hit the market at the upcoming European breeding stock sales.