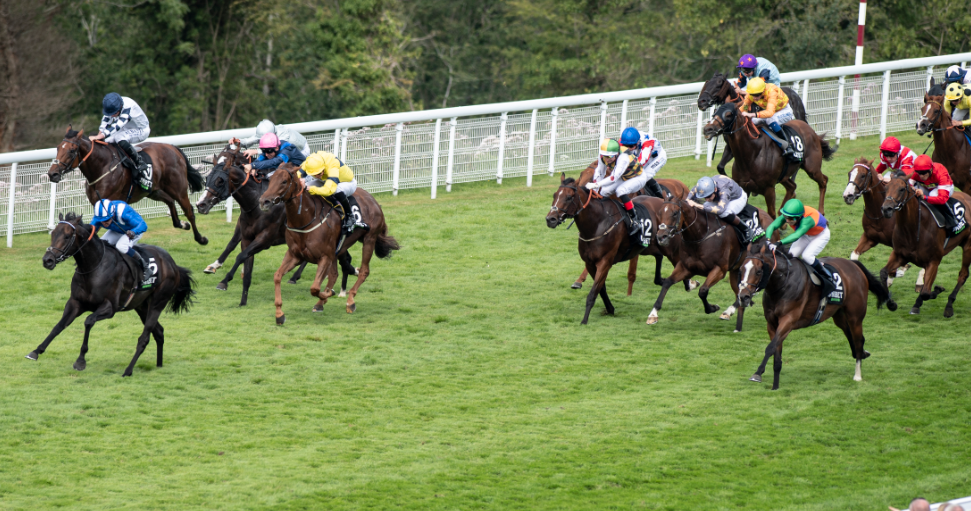 Flagship resident sire Dark Angel has assembled a fine progeny roll of honour, bursting with top-class two-year-olds, sprinters and milers, and the latest addition to the list is in the form of Yeomanstown Stud homebred Khaadem.

The lightly raced three-year-old colt blitzed his rivals to a two-and-three-quarter-length success in the Unibet Stewards’ Cup at Glorious Goodwood on Saturday in the manner of a future superstar.

Battaash is one of seven Group 1 winners for Dark Angel, who was trained by Hills’ father Barry to win the Mill Reef and Middle Park Stakes at two before his retirement to stud. The other six are Harry Angel, Hunt, Lethal Force, Mecca’s Angel, Persuasive and Raging Bull.

The sire has 56 stakes winners to his name in total, a number that includes Khaadem as he scored in the Listed Carnarvon Stakes on his seasonal bow.

Khaadem hails out of the winning Footstepsinthesand mare White Daffodil, a half-sister to an earlier Carnarvon Stakes winner in Lady Links, who in turn produced Selinka, successful in the Oh So Sharp Stakes. Selinka is in turn the dam of Group 3-winning sprinter Hit The Bid.

The mare has also produced the Redcar Two-Year-Old Trophy winner Log Out Island to Dark Angel.