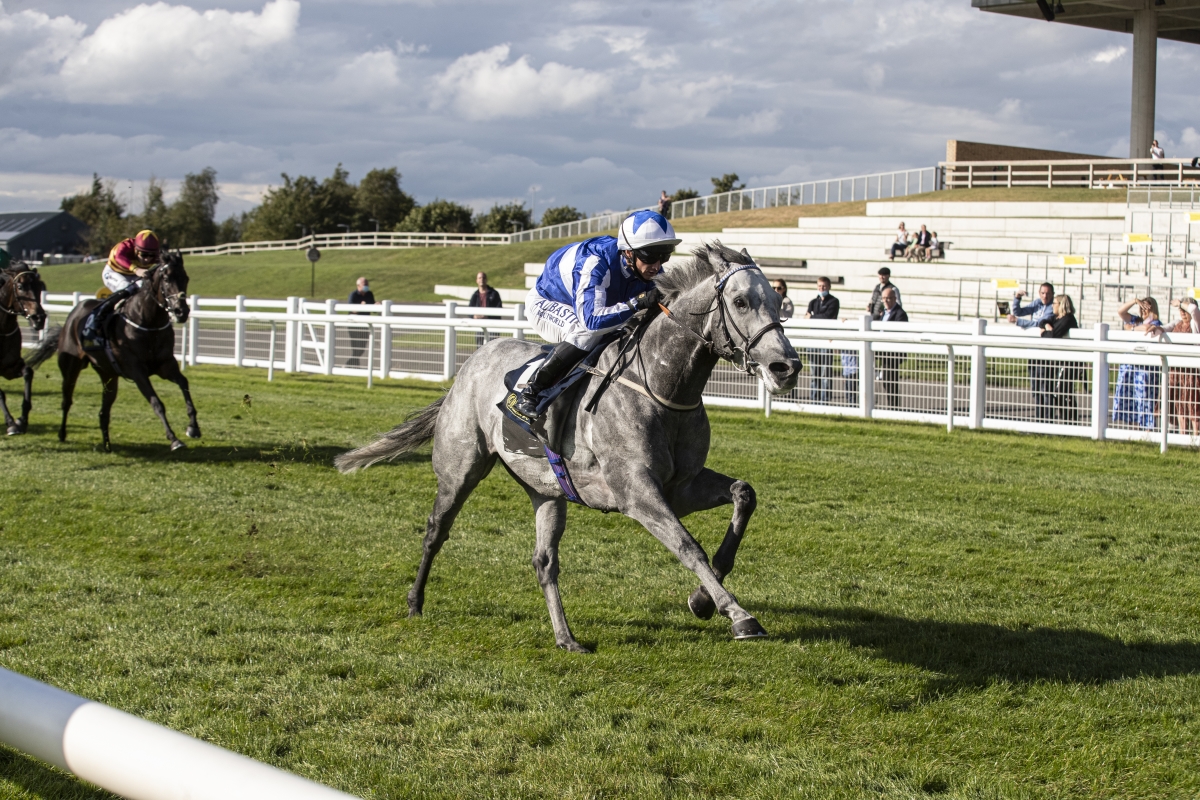 He’s Got The Power! Art Power Romps Home In Gr.3 Renaissance Stakes At The Curragh

By adminSeptember 25, 2021No Comments

Art Power proved far too good for his rivals as he coasted to victory in the William Hill Ireland Renaissance Stakes at the Curragh.

Tim Easterby’s charge boasted some top-class form to his name, having finished third in the Diamond Jubilee at Royal Ascot, fourth in the July Cup and a close-up fifth in the Sprint Cup at Haydock when last seen. Dropped to Gr.3 level in this six-furlong contest, Art Power was sent off the 4-5 favourite and was always travelling well under David Allan.

The 4-YO son of Dark Angel sat on the heels of pace-setter Stormy Girl before Allan gave the signal and Art Power eased right away to win by five lengths from Twilight Spinner. Measure Of Magic was back in third.

He said: “He travelled very strongly through the race, quickened up and ran through the line strong.

“Obviously it’s a bit of a step down in class for him. It might do his confidence good and hopefully he’ll pick up a big one soon.

“He loves Ascot and I think Champions Day will be the target for him. He goes on that ground, but a bit of juice in the ground would suit him.

“The biggest job is reining in his speed early on to get him a bit more control and then he’ll run through the line.

“He doesn’t need to make the running and as long as he travelled I was happy.”