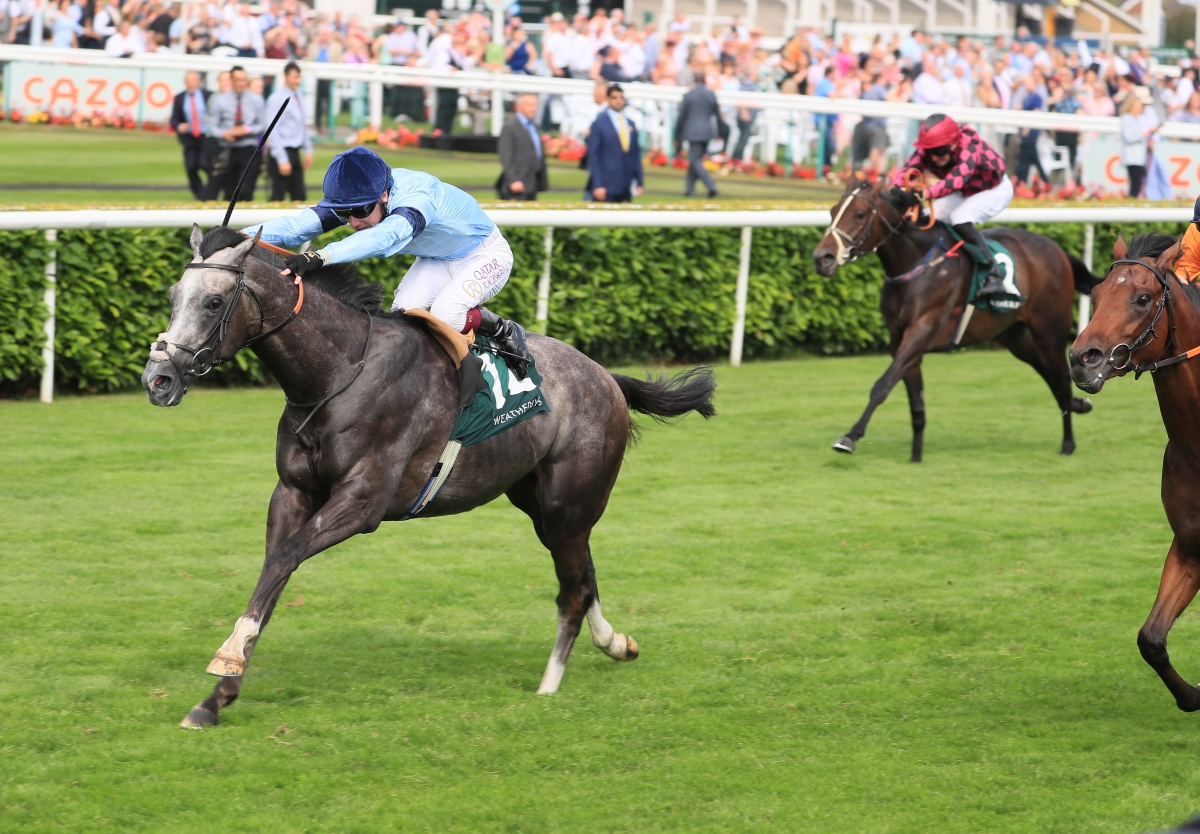 It was a fruitful afternoon for Yeomanstown Stud stallions as both Dark Angel and El Kabeir were on the score sheet at Doncaster. First crop sire El Kabeir’s Harrow continued his progression with a lucrative success in the Weatherbys Scientific £200,000 2-Y-O Stakes.

The Andrew Balding-trained  grey was beaten on his first three starts, although a runner-up finish behind exciting juvenile Reach For The Moon – the hot favourite for Saturday’s Champagne Stakes, suggested his turn was not far away.

Harrow duly opened his account at Ffos Las at the start of last month and having followed up with a smart nursery win at York’s Ebor Festival. The Highclere Thoroughbred Racing- Wisteria owned juvenile was a 3-1 shot to complete his hat-trick under champion jockey Oisin Murphy.

The class horses came to the fore, with the favourite Ever Given doing his level best to add to his sales race success at York, but Harrow proved too strong.

“He got lonely and had to do all the donkey work on his own,” said Murphy.

“He’s a very talented horse, particularly in this sort of race.

“We’ll look forward to later on this season and next year.

Earlier on the card The Charlie Hills-trained Allayaali bounced back to form to notch her second course and distance win in the British Stallion Studs EBF ‘Carrie Red’ Fillies’ Nursery for owner Shadwell Estate Company.

A debut winner at Doncaster in early June, the daughter of Dark Angel who was making her handicap debut on her return to Town Moor, Allayaali travelled strongly before kicking two lengths clear of Favourite Child.

“That was quite a taking performance, I thought,” said winning rider Dane O’Neill.

“She travelled well and I had a bit of feel going to the two (furlong marker) that I’d let her down and go. She took a bit of 50 yards to pick up, but when she picked up she picked up good and just drifted across due to loneliness really.

“The last day was a disappointment, but it was too bad to be true, we’re back on track and hopefully we have a nice filly going forward.”