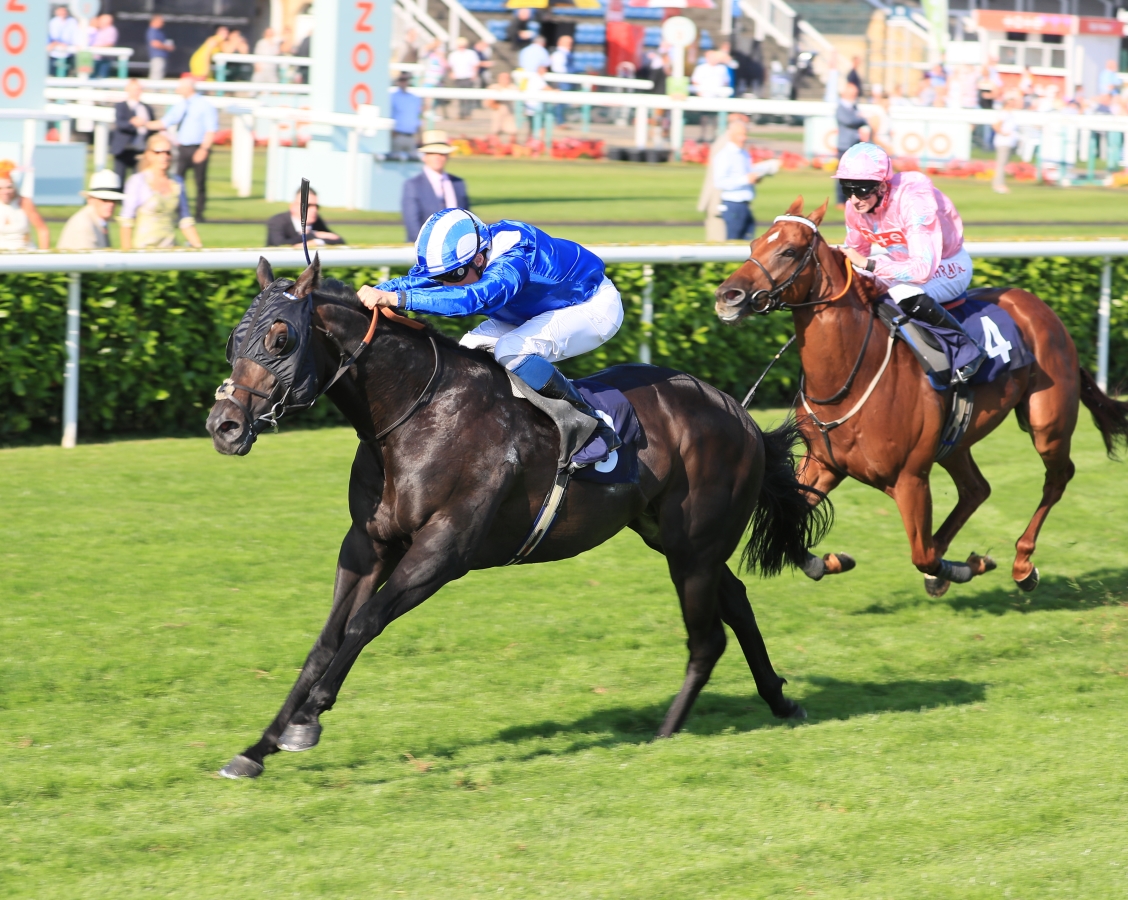 Khaadem roars back to winning ways at Doncaster

Homebred Khaadem bounced back to winning ways in the Listed Scarbrough Stakes over the minimum trip at Doncaster yesterday and Shadwell Estate Company’s five-year-old justified favoritism in the 5f contest. The son of Dark Angel, a Listed winner and successful in the Stewards’ Cup two years ago, took over from Blackberry at the two-furlong marker and sprinted clear, keeping onto score by a length and three quarters. Live In The Moment  finished well for second, half a length in front of Tarboosh.

The Charles Hills-trained five-year-old had been beaten on his most recent starts since his Stewards’ Cup win, but had run well in last season’s Gr.1 Diamond Jubilee Stakes, in which he was less than two lengths behind the winner, and had finished a three-length fifth in the Listed Hopeful Stakes late last month.

Khaadem’s trainer Charlie Hills was delighted at the 2019 Stewards’ Cup hero’s success on Wednesday – on his favoured quick ground.

“Obviously (we were) dropping to five (furlongs), but the plan was just to try to ride him the same way we did last time, try to get a little lead.

“He’s a horse that doesn’t want disappointing, so I said to William just try to let him feel like he’s boss and nurse him in.

“But William says he’s a proper fast horse now. So we’ll have to have a look and see what there is next.

He is a son of the winning Footstepsinthesand mare White Daffodil, also dam of his Listed-winning full-brother Log Out Island, who was placed in five Group sprints. His full-brother will be offered as Lot 345 in Book 1 of the Tattersalls October Yearling next month.