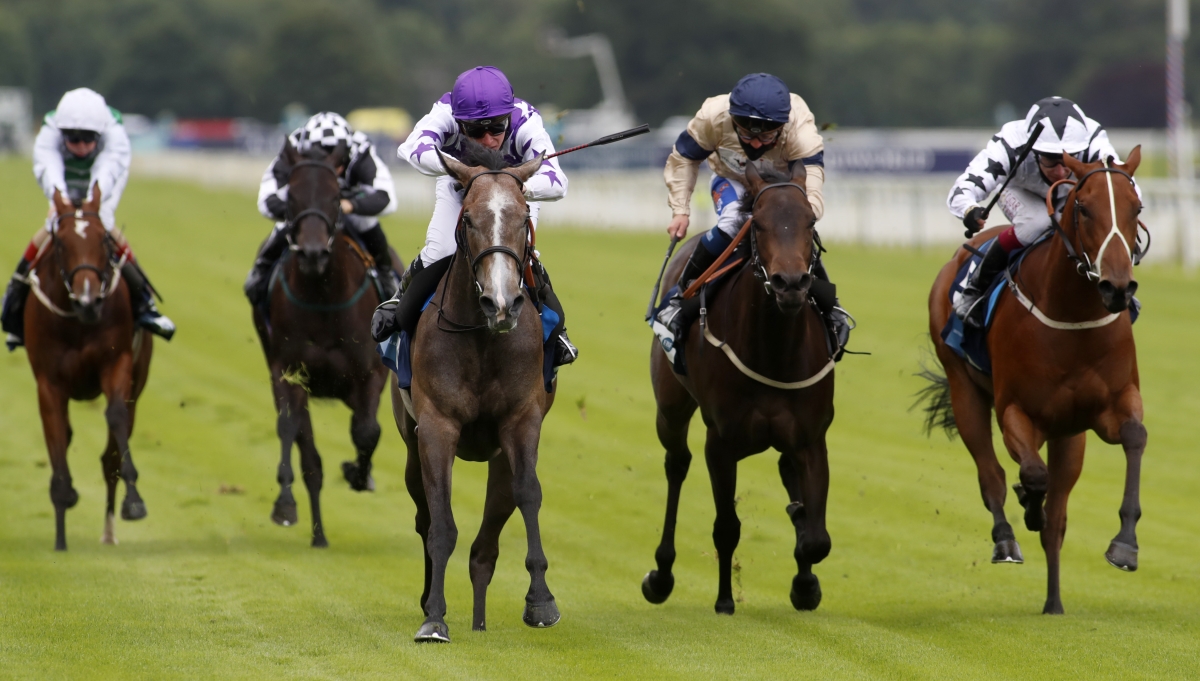 Sardinia Sunset made it third time lucky with a Listed success in the EBF Marygate Fillies’ Stakes, as racing in York returned for the first time since Covid- 19 lockdown. Runner-up on her racecourse debut in June, Roger Varian’s youngster was last seen finishing a creditable fourth behind American challenger Campanelle in the Queen Mary at Royal Ascot.

That form was then boosted by the subsequent success of the third, Caroline Dale, Sardinia Sunset was the 10-11 favourite to open her account, she duly obliged and knuckled down well to prevail by a length from Furlong Factor. This was a smart victory for daughter of Gutaifan, who displayed a very good attitude in handling the change in tactics. She has plenty of speed and has definitely earned her shot at Group company next time.

Winning jockey Jason Watson said: “She hit a bit of flat spot halfway through the race, but she’s got a good attitude and toughed it out. She’s still green, because it’s only her third run, (but) I think this track has suited her. She could potentially get six furlongs, as she relaxed quite well there today.

Bred in Ireland by Vivien Cullen at Middlelane Farm, Sardinia Sunset was a purchased as a foal by Yeomanstown Stud, before being bought by Alex Elliott at the Goffs UK Premier Yearling Sale. Out of the 6f placed juvenile Rush, a half sister to Gr.1 placed scorer Rimth, Sardinia Sunset is a half-sister to the dual 6f scorer Tashaaboh and from the family of King’s Stand Stakes winner Dominica.

Sardinia Sunset was continuing a fine fun of form for her sire Gutaifan who’s juvenile tally hit 9 for the current season.