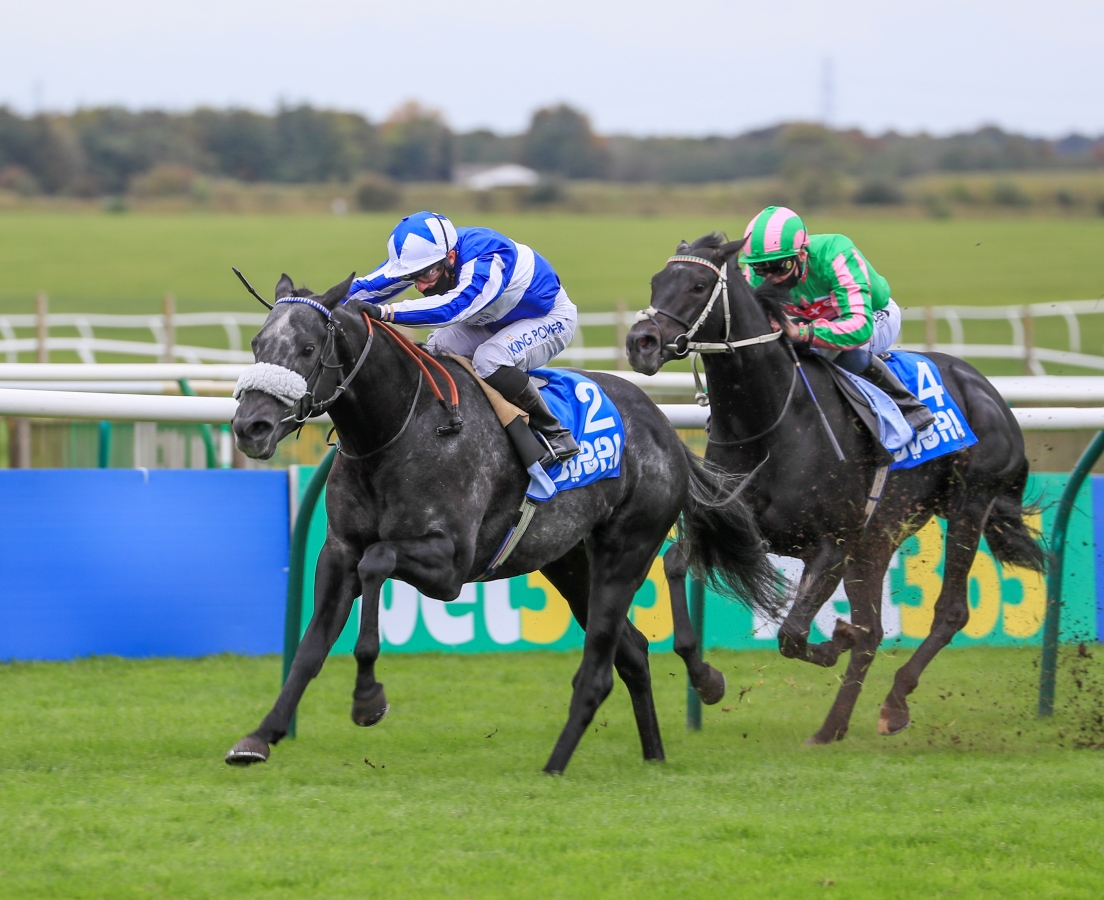 Happy Power Up Fo The Challenge

The progressive Yeomanstown Stud homebred Happy Power is currently in the form of his life, having landed the biggest win of his career in the Gr.3 Supreme Stakes last time out. Trainer Andrew Balding tried him in Gr.1 company last season and a return to that level looks on the cards once again, as the son of Dark Angel landed the Gr.2 Challenge Stakes in good style at Newmarket on Friday in the colours of King Power Racing. Ridden by regular rider  Silvestre de Sousa, who won the Gr.3 Cornwallis Stakes earlier on the card, Happy Power tracked the leader Pogo, with Snazzy Jazzy, Foxtrot Lady and Namos all up close. Happy Power travelled comfortably into the final two and a half furlongs and set about reeling in Pogo. The leader ran on gutsily, but Happy Power had too much in hand and stayed on strongly to score by a length and a half. Glorious Journey was best of the rest, two and a quarter lengths further behind.

Twice a winner at two, Happy Power won the Listed Ganton Stakes at three and was a close fourth behind Too Darn Hot in the Gr.1 Sussex Stakes and third in the Gr.2 Celebration Mile Stakes. He took up another Gr.1 engagement in the Queen Elizabeth II Stakes at Ascot on British Champions Day on his final start of the season and he is entered there again, this time in the Gr.1 British Champions Sprint Stakes.