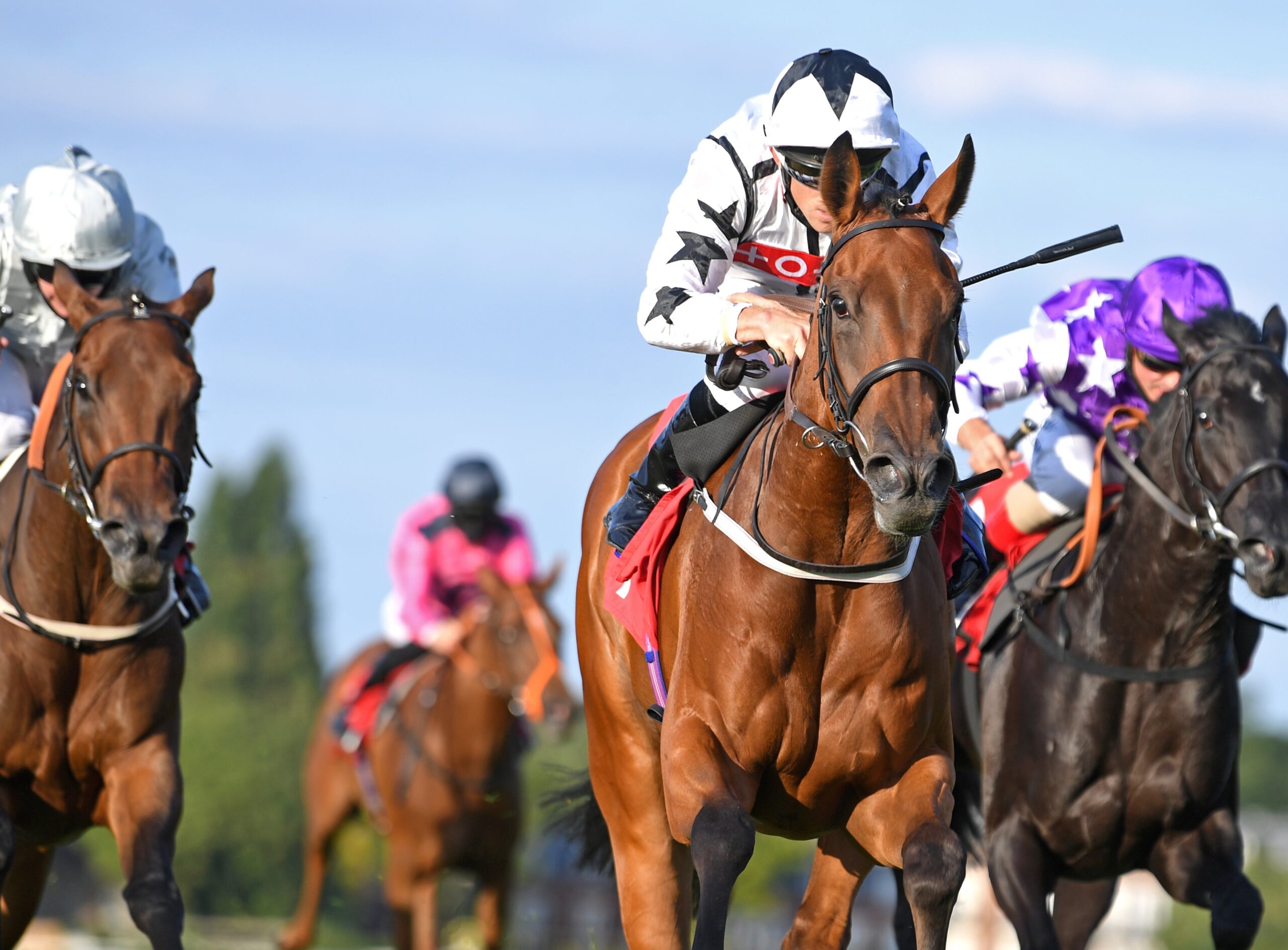 The Richard Fahey trained Fev Rover ran out a strong winner of the Gr.2 Prix du Calvados at Deauville on Saturday. The juvenile daughter of Gutaifan tracked the leader Plainchant at a good clip, while King’s Harlequin also raced close by. Opening up for home, Plainchant looked hard to beat, but Christophe Soumillon got to work on Fev Rover and she found extra inside the closing stages to prevail in game fashion in the colours of Nick Bradly Racing.

“Christophe Soumillon told me she hated the ground and when he asked her to go, he thought she wasn’t picking up,” said Bradley.

“I told him that she doesn’t pick up instantly and that you have to get after her. She’s still not concentrating but, when she picked up she put it to bed in the last 50 yards. I think she’s just a freak; she’s ridiculously talented.”

“The Prix Marcel Boussac is on October fourth and I think the Fillies’ Mile is on the ninth, so we’ll leave her in both and pick one nearer the time,” said Bradley. “She’ll win a Group 1, I’ve no doubt.”

Leading first season sire in 2019, Gutaifan, a dual Gr.2 winner as a juvenile himself, supplied 32 European winners last year and is continuing the good work again this season.

Bred by Luke Barry’s Manister House Stud in Limerick, Fev Rover was purchased by syndicate owner Nick Bradley in association with Howson & Houldsworth at last year’s Goffs UK Premier Yearling Sale. Her half brother by Scat Daddy’s best ever juvenile trained in USA, El Kabeir will be offered by the same breeders at this years renewal of the Goffs Orby Sale in Doncaster on 1st & 2nd October 2020.