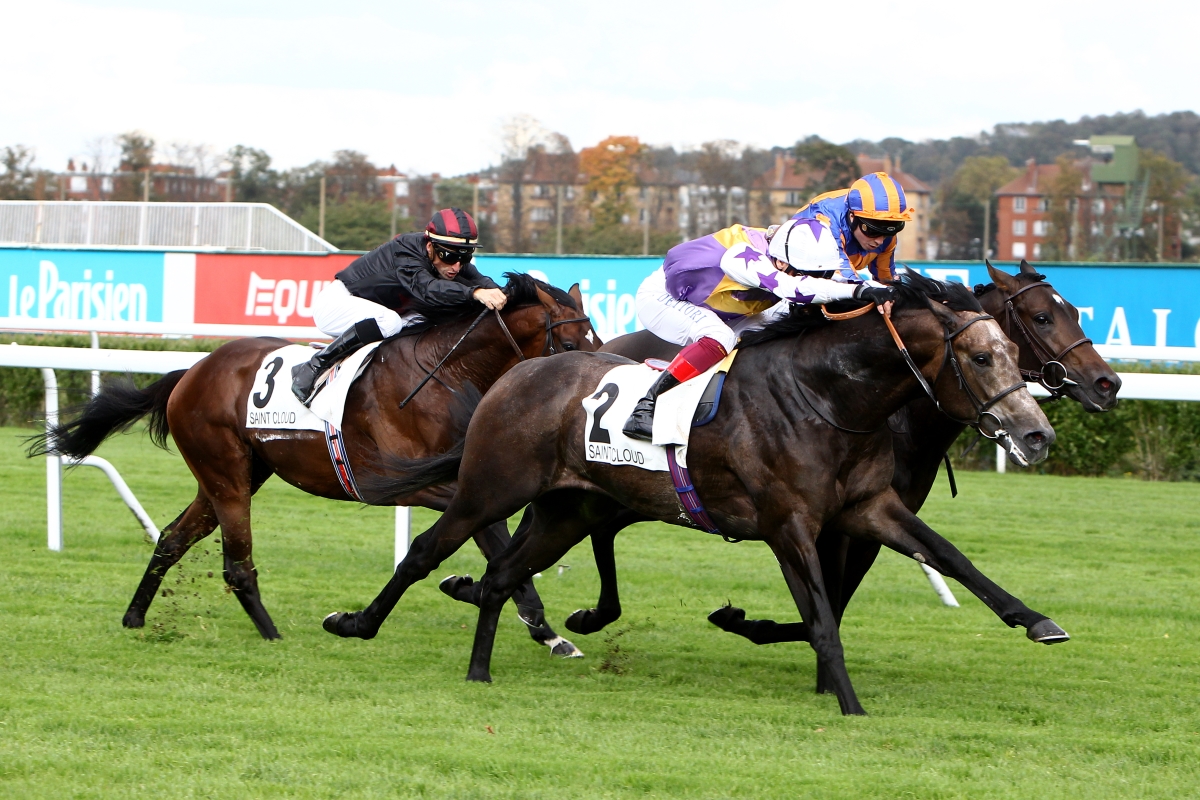 Angel Bleu added another Group One to his illustrious CV when landing the Group One Criterium International at Saint-Cloud on Saturday.

Ralph Beckett’s two-year-old son of Dark Angel made it back-to-back victories at the highest level in France after success in the Group One Prix Jean-Luc Lagardere at ParisLongchamp earlier this month.

Stepping up to a mile for the first time in his career, Angel Bleu was ridden patiently out the back by Dettori before delivering his challenge out wide. The pair hit the front with a furlong to go and just held off the challenge of Aidan O’Brien’s Prix de Chenes winner Ancient Rome,Cedric Rossi’s Purplepay came home third.

Beckett said: “He’s an extraordinarily tough horse. I thought it was a terrific effort today.

“To come back less than three weeks after (the Prix Jean-Luc Lagardere) and do it again. He really was the best again today. There were no real excuses for anybody.”

“He really is extraordinary and you don’t get horses like this very often,” said Ralph Beckett. “We haven’t had one like him and I’d say the softest part of him is his tooth enamel. He’s danced every dance and I thought (racing manager) Jamie McCalmont summed it up very well earlier in the week when he said it’s a privilege to be involved with him. It really is a privilege, horses like this don’t come along very often and I’m very proud of him. He had a tough race in the Lagardere and he really does have the most extraordinary constitution. Any horse that can do what he’s done has to have a fantastic constitution. Soft ground is very important to him and the form book tells you that. Whatever happens next, he’s done it twice inside a month in a different country, which takes a lot of doing.

On Angel Bleu’s plans for next year, Beckett added: “We’ll worry about that next year and just enjoy today. We’ll get the celebrating out the way first.

“I’d say if I was going to bet on it that we’d be back here for the Poulains (French Guineas).”