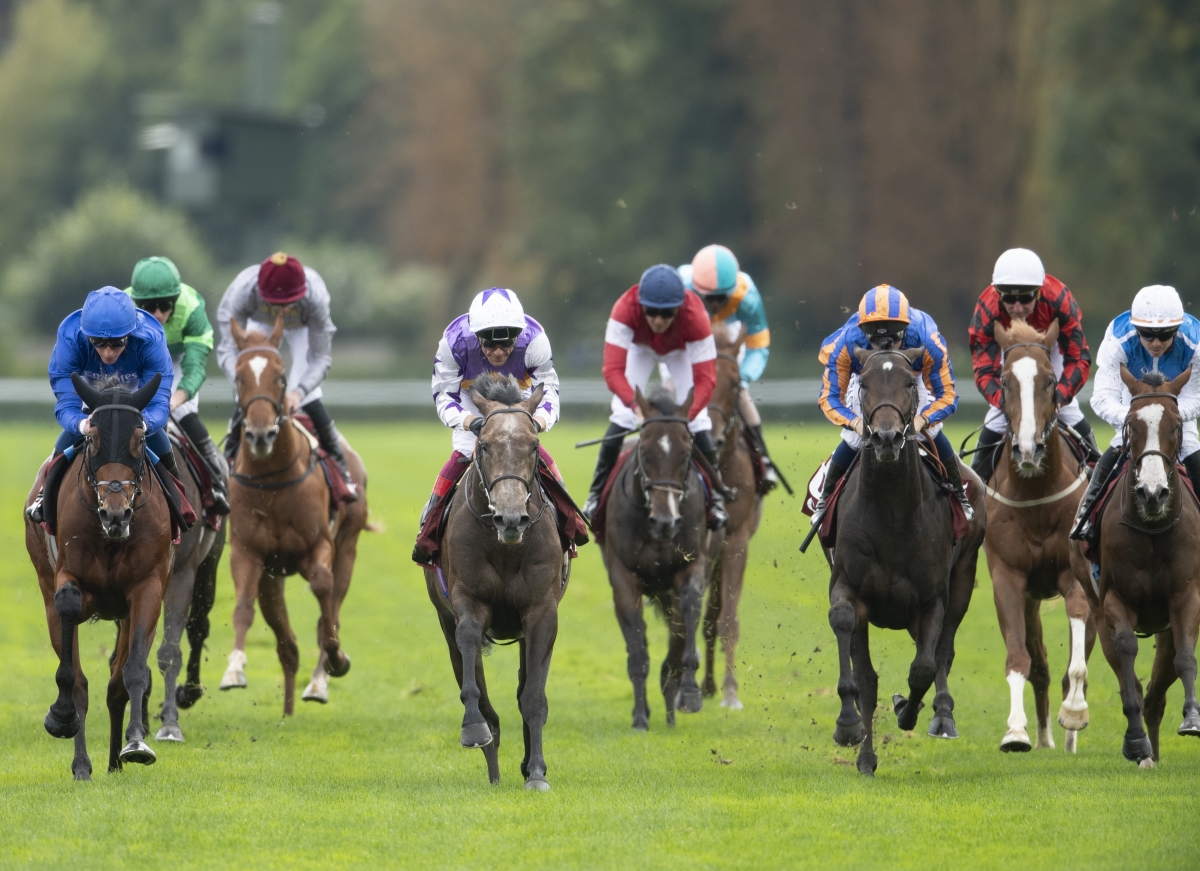 Ebro River was quick out of the stalls, but Noble Truth soon hit the front and set up a handy lead. His rivals found it tough to peg him back – but Angel Bleu proved up to the task as he backed up his Vintage Stakes triumph from Glorious Goodwood.

Winning Trainer Beckett said: “We came for the ground and we felt that the bend really helped him at Goodwood and helped him again today.

“He can be quite exuberant, but it all fell into place today – it couldn’t have worked out any better.

“He was tough. He had to go and get the leader and put it to bed.

“It’s absolutely brilliant to have a winner here. The horse has been very straightforward to train from day one.

“We were always going to come here after Goodwood and it’s worked out, which doesn’t always happen.”

Asked about the Breeders’ Cup, he said: “It’s a possibility. There’s not much soft ground at Del Mar though, unless you’re on the beach.

“If he came out of it well and it was soft on Saturday at Newmarket, I wouldn’t rule out running in the Dewhurst.

“When they’re in form and the ball is at your feet, it’s a good idea to kick it.”

Angel Bleu was recording a 9th Individual Gr.1 winner for his sire Dark Angel who is enjoying a fruitful weekend with Real World successful 24 hours earlier in the Gr.2 Qatar Prix Daniel Wildenstein.

WATCH Full Race Replay (Media Credit: At The Races via You Tube)