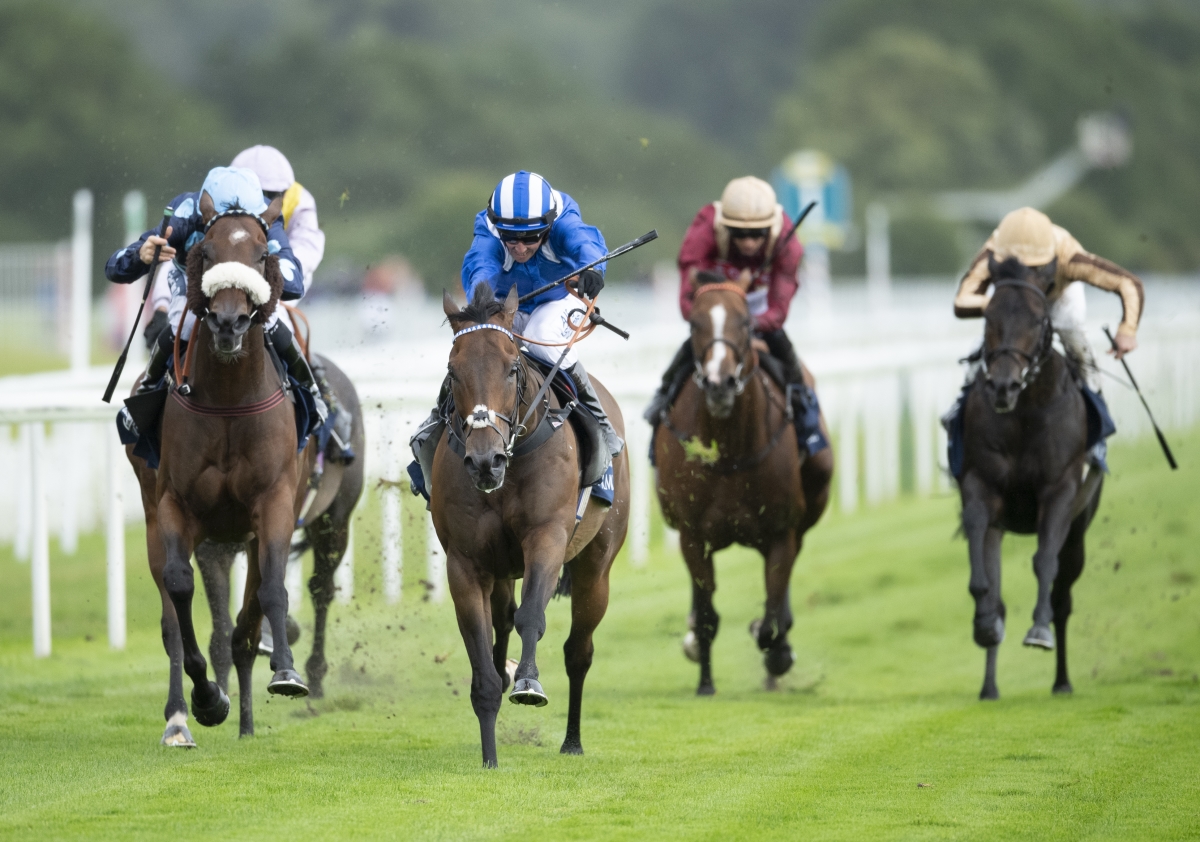 After smashing his own course record at Goodwood last time and lowering the track record of the great Dayjur in the race last year, top-class speed specialist Battaash had a host of unfavorable conditions to face at York on Friday,  having to defy rain-softened ground which put hopes of bettering the course record he set last year off the agenda.

Speed specialist Battaash still battled hard on the front end to secure back-to-back victories in the Gr.1 Coolmore Nunthorpe Stakes for Charlie Hills and HH Sheikh Hamdan Al Maktoum, completing an incredible four-timer on the afternoon for his owner.

Fresh from riding a quickfire treble in the familiar blue and white, Jim Crowley bounced Battaash out from the stalls into his customary prominent position, as the four year-old filly Que Amoro  led the eight-strong field up the nearside with the recent Listed course and distance winner Moss Gill held up towards the rear. At the two-furlong mark Battaash moved up to challenge Que Amoro as Moss Gill began his move from the rear and approaching the final furlong Que Amoro dug in gamely as the hard at work Battaash moved alongside, to assert and run on well to the line to score by a length.

“I was so proud of the horse today,” Hills said of a sprinter who was a fourth winner on the afternoon for owner Hamdan Al Maktoum. “For me, that was probably the best run of his career because so many things were against him. He knuckled down and worked really hard. All credit to the horse. It was always going to be tough.”

Jim Crowley was quick to praise the son of Dark Angel’s performance adding;

“He had to be a man today,” the jockey said. “He stuck his neck out and galloped, he tried really hard. We went a serious gallop, there was a really strong tailwind and it was blowing us over to that stands’ rail. In the past he’s always won his races at halfway and fair play to the second who ran a mighty race.

“He’s the horse of a lifetime. You get one in your career like this. He’s an amazing horse and we’re lucky to have him about.”

Friday’s win maintained Battaash’s unbeaten season following his first success in the Gr.1 King’s Stand Stakes in June and his record fourth consecutive triumph in the Gr.2 King George Stakes last time out. Now the winner of 12 Stakes races over 5f and almost £2m in prize money, his sights are now firmly set on regaining his Gr.1 Prix de l’Abbaye crown, which he last won as a three-year-old in 2017.