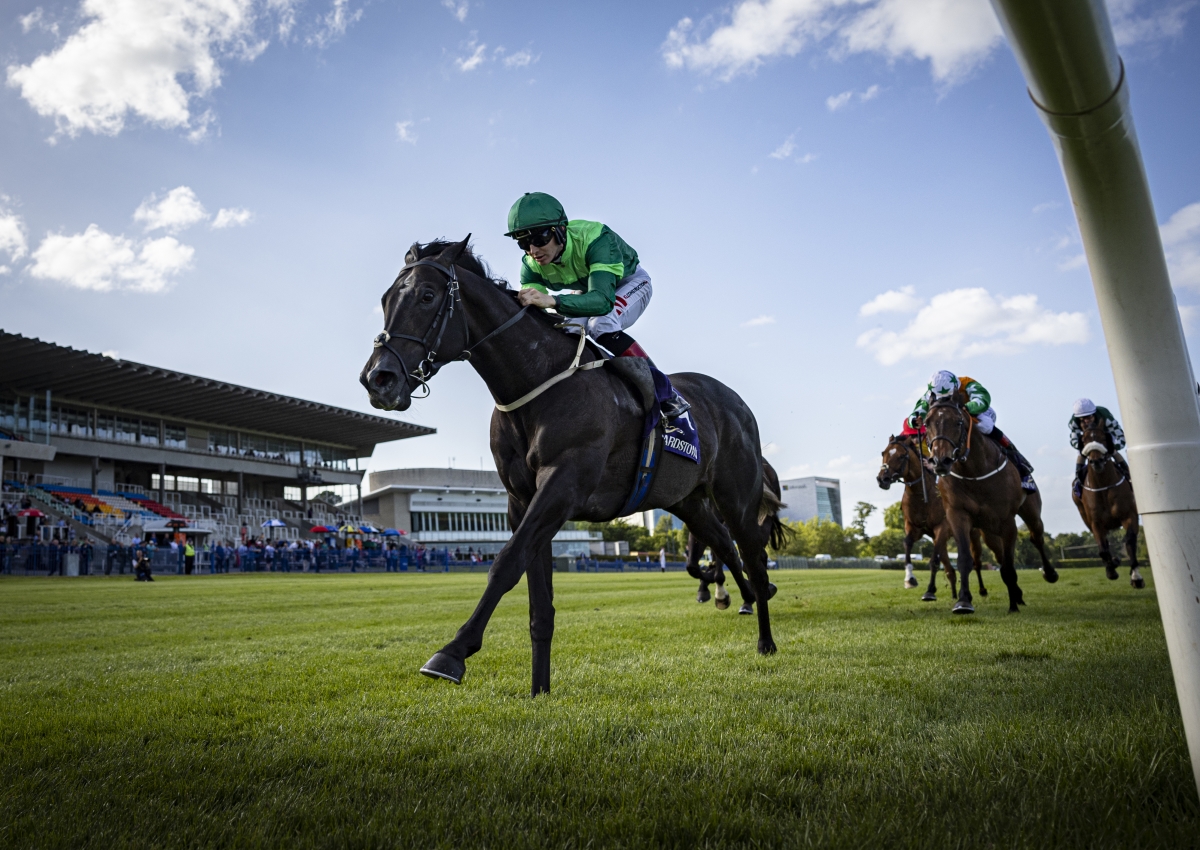 After saddling the first two in Wednesday’s Listed race at Cork, Ger Lyons repeated the feat in yesterday’s €50,000 feature race at Leopardstown, the Gr.3 Ballycorus Stakes. Dr Zempf had won a Listed Classic trial over this course and 7f distance earlier this term and went off favourite of the five runners. He was settled in second before taking over just inside the two-furlong pole and ran on well to win by two lengths. His stablemate and fellow three-year-old Straight Answer was still a four length last at the furlong marker, but powered home to deny Pretreville of second place by a nose.

“That was good and the wheels are back on the wagon in no uncertain terms. I never had a doubt that he would get a mile and I was wrong. Colin said that he is strengthening up all the time. He did that really well and I would say that is his best performance. He loved the ground.

He shows me plenty of speed at home that we could bring him back to six but Colin said don’t do that.

I’d say his future will be in America for Peter (Brant, owner) and I’d say that is where he will win his Grade 1 around two bends”

The son of Dark Angel was bred by Stratford Place Stud and a 420,000gns purchase at the Tattersalls October Yearling Sale, runs in the
colours of Peter Brant. He is the best foal to date out of Souvenir Delondres, a Gr.3 winner at two in France, whose dam is a winning half-sister to US Gr.2 winner Distinct Habit.