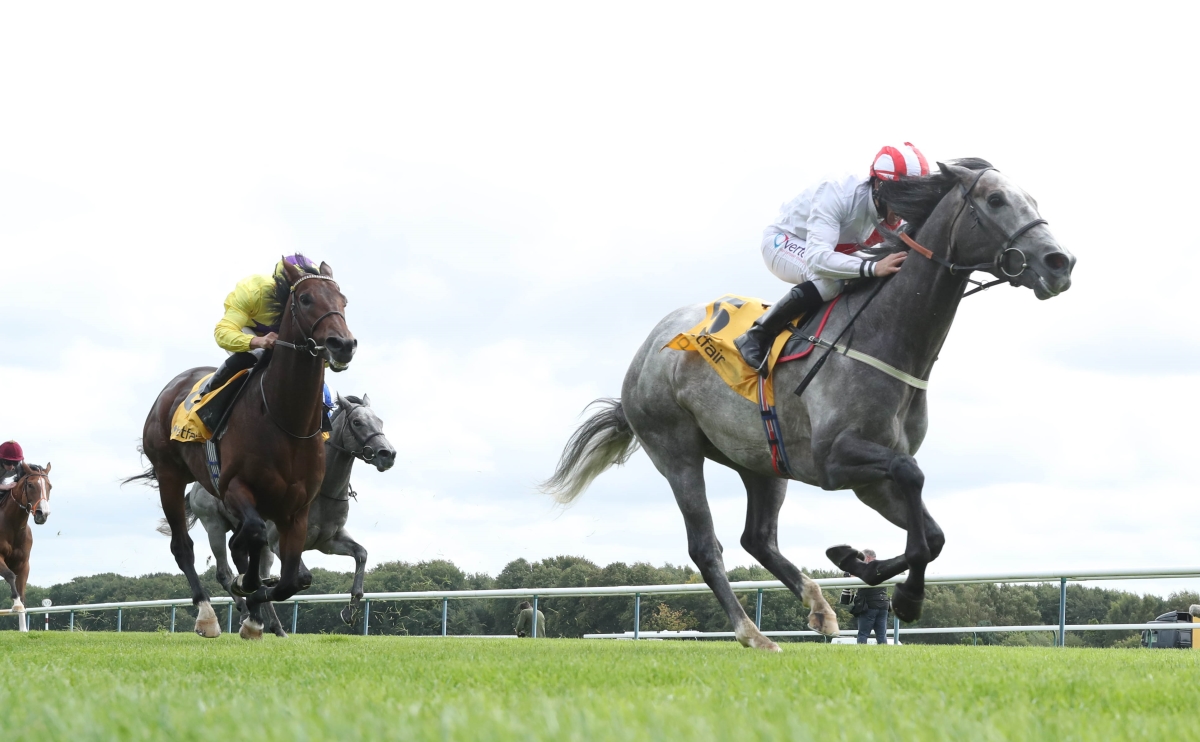 By adminOctober 3, 2022No Comments

Top Ranked and Ellsberg fought out a historic dead-heat in the Group 1 $1.5m The TAB Epsom at Royal Randwick on Saturday.

The former James Tate-trained Top Ranked, a Group 3 winner in 2020 and third behind Palace Pier in last year’s Group 1 Lockinge Stakes, progressed from winning a Group 3 handicap at Randwick a couple of weeks ago to dead-heating for first in yesterday’s Group 1 Epsom.  The 13th individual top-level Group 1 winner for his sire Dark Angel.

Annabel Neasham, trainer of Top Ranked, was standing next to Ellsberg’s co-trainer Sterling Alexiou as they waited for the judge’s decision.

“I walked onto the track and just wanted to see how Top Ranked had pulled up,” Neasham said.

“We waiting that long and I didn’t think we had got it. I saw Sterling and he said ‘I wonder if I am going to have to share my first Group 1 and I said I hope so’.

“The two of us were together in a class room for a trainer’s trainee day on Wednesday and Thursday and if we had known a couple of days later we would be sharing an Epsom I don’t think we would have believed it.”

Top Ranked shared the prize with dual Group 3 winner Ellsberg, with February’s Group 1 winner Hinged a neck back in third. Bred by Wicklow Bloodstock, Top Ranked was a yearling purchase from Tattersalls by Rabbah Bloodstock and won his first four starts from two to four. He was acquired by a partnership headed by Australian Bloodstock after finishing fourth in last year’s Group 2 Summer Mile Stakes at Ascot. He is out of a daughter of Authorized and dual Group 2 winner Madame Dubois, who also produced Classic winner and sire Indian Haven and the Gr.1-winning two-year-old and South African sire Count Dubois.

Racing action also took place in Flemington where Visinari won the Listed Paris Lane Stakes holding off the fast finishing Mr Exclusive and The Garden, who went down by a half-head. Visinari and Holbien set up a cracking tempo early as they took off to lead the race early but it was Visinari who was good enough to hold off the swoopers late under the urgings of Jamie Kah. The Mick Price & Michael Kent Jnr-trained gelding was the odds on favourite in the race and was the first leg of a Stakes double on Saturday for his sire Dark Angel.

“I don’t think I’ve ever worked him hard to win first-up so I thought I’ll just keep him happy and sound.” Mick Price replied when he was asked if he was happy to get this win first-up.

“He goes to Moonee Valley at the mile and then hopefully he ends up here (Flemington) in the $3 million race on the last day of the carnival.”

“Yeah it was a great win. He’s obviously not screwed down, he was probably tiring late, which he was entitled too.” Jamie Kah explained post-race when asked how Visinari felt when compared to her ride on him last preparation at Sandown.

“He’ll improve dramatically off that I think. But all he can do is win, he did that and he done it well.”