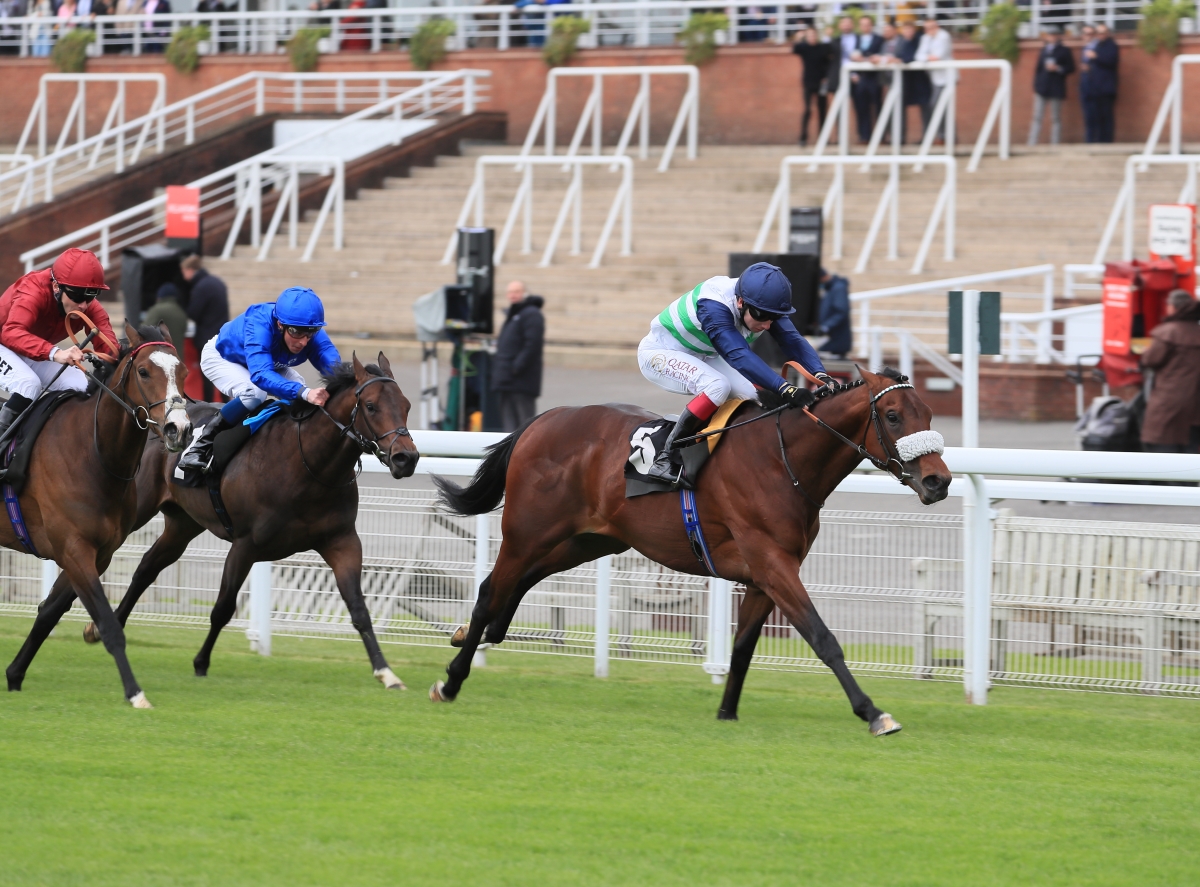 Is Arutas was another impressive juvenile winner for freshman sire El Kabeir from the yard of Sebastiano Guerrieri and his companion Melania Cascione. The speedy filly was slow into stride however,  finished like a bullet train and clocked a time one second faster than the colts. She is the third winner from the first crop of triple-graded stakes winner El Kabeir from his first seven runners.

Bred by John Banahan’s Ridge Manor Stud, her dam Moriched has produced five other winners, headlined by Renny’s Lady, who was Stakes-placed in the US. The second dam Almaaseh  produced Military Attack, who won the Gr.1 Queen Elizabeth II Stakes in Hong Kong and the Gr.1 Singapore International Cup, and Almaty, who landed the Gr.3 Molecomb Stakes and Gr.3 Curragh Stakes. Two of her daughters produced Gr.1 winners. Miss Brown To You is the dam of Big Orange, who won the Ascot Gold Cup.

El Kabeir’s other two winners came in the form of Don Chiccco and the Andrew Balding trained Masekela who won his maiden in spectacular fashion at Goodwood and looks a very smart prospect for connections and will target the Royal Meeting at Royal Ascot in June.