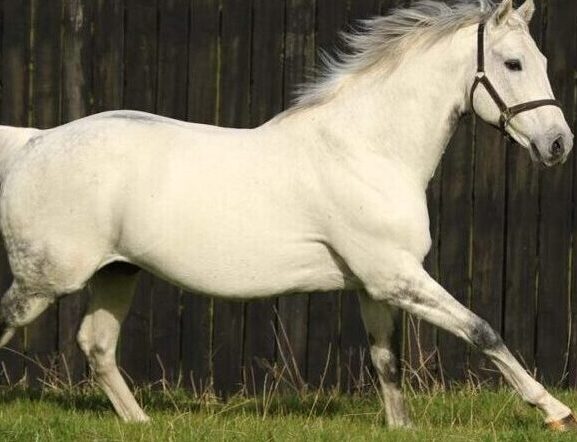 So promising were Dark Angel’s two-year-old runners in 2018, and such is the enduring quality of his older progeny, that we can say with a degree of certainty that the Yeomanstown Stud stalwart has a big 12 months ahead of him.

But, then again, every year has been a successful one for Dark Angel since his debut juveniles raced in 2011. His first crop – bred off a fee of just €10,000 – yielded four Group winners, a further three stakes scorers and several other useful performers besides, including the dual Cambridgeshire winner Bronze Angel.

The highlight of that group was Lethal Force, a non-winner at two but a close fourth in the Coventry Stakes that season who developed into a dual Group 1-winning sprinter at four. He provided an early clue that Dark Angel might be a priceless upgrader of stock as not only was he a €9,500 foal and resold for €1,000 less than that as a yearling, but also his dam Land Army, though relatively well-bred, had finished a distant 13th in a Windsor maiden on her sole start.

Next came Dark Angel’s second, third and fourth crops bred off fees ranging from €7,500 to €7,000 before he had shown his hand with his first two-year-old runners.

From the sixth crop, bred off a price held at €12,500 even as the sire continued to impress during his sophomore season, came six more Pattern winners, of which the sensational sprinters Battaash and Harry Angel – whose matings were masterminded by the same genius breeder, Paul McCartan – were the standouts.

DARK ANGEL – THE FACTS AND FIGURES

Bringing the story up to date are Dark Angel’s next two crops, those who were aged two and three in 2018 having been conceived in 2014 and 2015, by which time the sire’s powers were well-known and his fee had been increased to €27,500 for both years.

The older generation of the two has yielded four Pattern winners – Juliet Capulet, Raging Bull, Stage Magic and Yafta – as well as 2,000 Guineas runner-up Tip Two Win, while there is one Pattern scorer so far among the year-younger cohort in Angel’s Hideaway.

There are plenty of other unexposed talents among Dark Angel’s offspring who have just turned three, not least Red Impression, a Juddmonte homebred filly trained by Roger Charlton who won both her starts on the all-weather in the autumn by an aggregate of around ten lengths, and Khaadem, a dual winner who triumphed decisively in a conditions race at the St Leger meeting for Charlie Hills and Hamdan Al Maktoum, who purchased the colt for 750,000gns.

There was also San Andreas, a rare runner by the sire saddled by Aidan O’Brien for Coolmore who finished last, but far from disgraced when beaten only six lengths, in the Criterium International on his only start in stakes company.

All of which means that, as we enter 2019, Dark Angel is firmly established as one of the elite sires in Europe. He is the source of 29 Pattern winners in total, seven of whom have struck at the highest level – the majority, remember, having been bred off fees at the more pragmatic end of the spectrum.

Most of his progeny to date have excelled over shorter distances or up to a mile, which is to be expected as he is by a sprint stallion in Acclamation and he was a sharp and speedy customer in his own racing career.

More surprising, perhaps, is that Dark Angel stubbornly refuses to be pigeonholed as a two-year-old sire. Somewhat ironically, considering the controversy that accompanied his retirement to stud without racing at three, many of his progeny have displayed commendable durability.

Furthermore, his smart first-crop sons Gabrial and Sovereign Debt were still winning decent races at the age of nine last year and have run 87 and 63 times each. Hunt was six when he took the Shoemaker Mile last May; Ardhoomey was the same age when he collected Listed honours at the Curragh that month on his 28th start.

Yeomanstown Stud is now in the charmed position of Dark Angel having gained the patronage of both of racing’s superpowers – Godolphin having bought into the stallion in 2015 and Coolmore sending mares in volume for the first time last year. Most of Europe’s foremost breeders have by now climbed aboard the bandwagon.

Not that Yeomanstown’s profits have been unearned. Far from it, as it bred or sold many of the sire’s best representatives, including Alhebayeb, Heaven’s Guest, Juliet Capulet, Mecca’s Angel and Sovereign Debt.

Why it is an especially important 12 months ahead for Dark Angel is the fact that his crop just turned two is the first conceived at the major league fee of €60,000 – in the afterglow of Mecca’s Angel slamming Acapulco to land the Nunthorpe, and Birchwood, Delizia, Gutaifan, Log Out Island and Promised Money notching two-year-old stakes successes in 2015.

We might, therefore, reasonably expect to see a higher concentration of those juveniles hint that they are Classic material for 2020, and even one or two of those better-bred youngsters make the grade over middle distances in the coming years.

That would allow Dark Angel to be mentioned in the same breath as the likes of Ahonoora, Danehill Dancer and Pivotal, earlier examples of sprinters who retired to stud with inexpensive price-tags but developed into sires of Epsom Classic winners.

Dark Angel’s profile does not make him an obvious candidate for a source of 12-furlong champions but then neither did any of Ahonoora and co; and despite being from a speedy sire-line his unraced dam Midnight Angel is by Machiavellian out of a Night Shift mare, which allows a modicum of hope. Clutching at straws again, maybe, but several of his emigrants from the Flat scene have proved remarkably effective over jumps – not least the classy staying chaser Guitar Pete and progressive hurdler Silver Streak.

There are also the more classically-bred mares who graced his court at Yeomanstown in 2016 and have two-year-olds on the ground to consider.

Among the more regally-bred names in the 2016 book, especially those who might have injected Classic ability into the mating, were Pretty Polly Stakes winner Chinese White (produced a colt named Misty Grey); Harzand’s Group 1-placed half-sister Harasiya (an unnamed filly); Purely Priceless, a daughter of Galileo and Peeping Fawn (an unnamed colt); and Inchina, a daughter of Montjeu from a deep Hascombe and Valiant Studs family (a filly named Perfect Inch).

Generally, though, it might be more of the same top-class sprinters and milers coming off the Dark Angel production line in 2019, with many breeders having returned to the well three years earlier after producing good horses from him before.

It also looks like being a significant year for Dark Angel as a grandsire. Son and studmate Gutaifan’s debut two-year-old runners are set to race and are entitled to excel, considering the sire’s own precocity and the similar level of support from Yeomanstown Stud behind him that helped propel Dark Angel into the stratosphere.

Meanwhile Harry Angel will be covering his first mares at Dalham Hall Stud in the coming months, and the introductory yearlings by the commercially popular pair Estidhkaar and Markaz will go under the hammer from the summer onwards.

A star pupil all round, Dark Angel is even already flourishing as a damsire with his oldest daughters aged only ten.

Havana Grey became his first Group 1 winner in this department in the Flying Five in September and is about to embark on his own stallion career at Whitsbury Manor Stud, while Molecomb Stakes scorer Rumble Inthejungle could take high rank among the three-year-old sprinters this term.

Yeomanstown’s white-haired wonder will be spending his second season covering at a career-high price of €85,000 aged 14 in 2019.