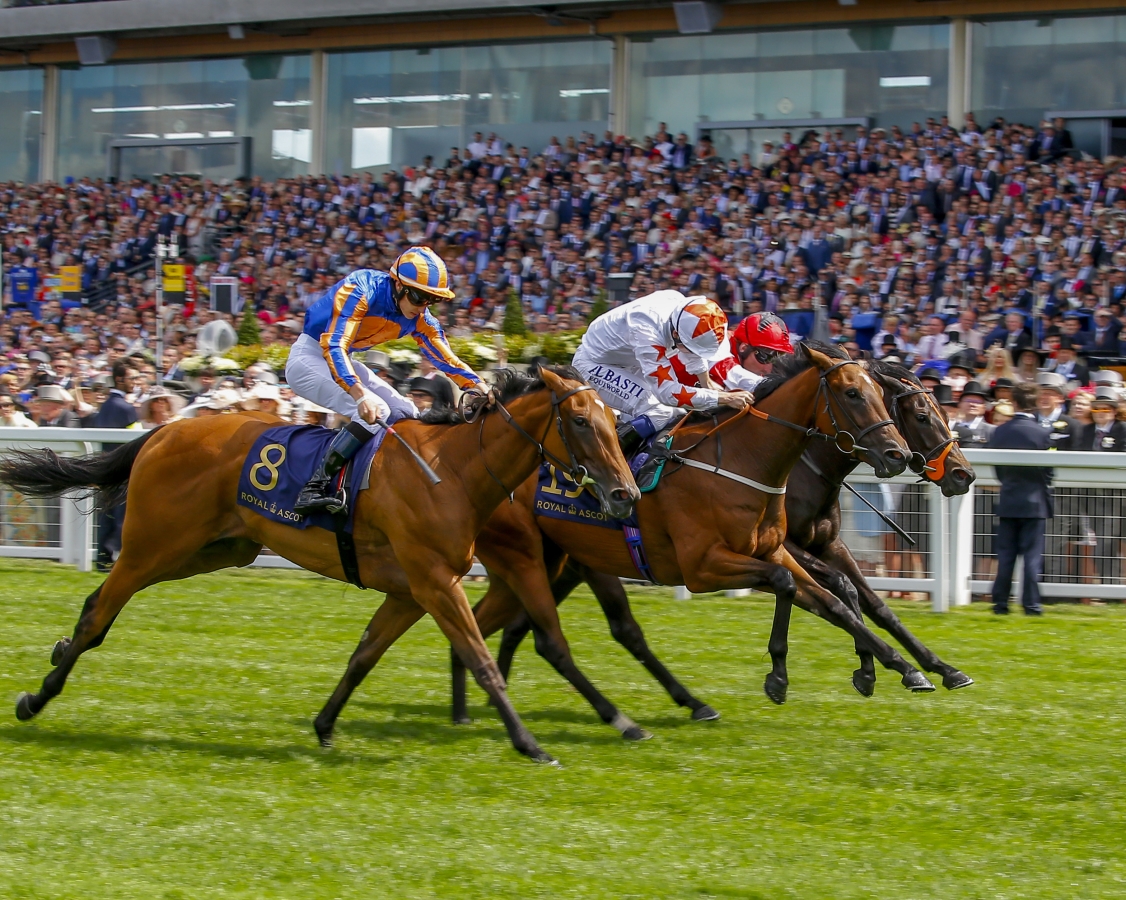 Camacho: a breakout year for the sire in 2018 as he was represented by a Classic winner in Teppal and a Royal Ascot scorer in Signora Cabello

It can be a lonely, frustrating business knowing what could be possible yet being forced to wait for the right circumstances for everyone else to appreciate it. Since they retired him to stud in 2006, the O’Callaghan family knew they had a stallion in Camacho capable of delivering the people what they wanted. But hamstrung by small crops, it was not until last year that the beautifully-bred son of Danehill truly broke through and was finally able to increase his influence outside those who had believed in him from the beginning.

“We always felt, and he showed even at the start, that he was capable of siring a good horse as well as plenty of fast, speedy two-year-olds,” David O’Callaghan, farm manager at his parents’ Yeomanstown Stud says.

“His biggest problem right from the beginning was a lack of numbers on the ground. He had a reasonable first crop but then crops two, three and four were quite small.

“People saw what his first two-year-olds did, so crop five was bigger and then it dropped off again for him after that. Finally, he has numbers and people can see that he’s a quality stallion producing quality horses across the board.”

And in terms of quality it doesn’t come much higher than Classic success and victory at Royal Ascot, triumphs which were delivered by Camacho’s daughters Teppal (Poule d’Essai des Pouliches) and Signora Cabello (Queen Mary).

Teppal and Signora Cabello were sired in the immediate years after Camacho returned to Ireland from a year out on loan at Mickley Stud in Shropshire, where breeders could avail themselves of his services for a mere £2,750 in 2013. In 2019, he will stand at his highest-ever fee of €12,000 – and he has never been more popular.

Vindication, then, for those who had faith.

“There was never any doubt in our minds that he could do it, but you can’t show it until you have the numbers to back it up,”

O’Callaghan, 38, says. “We breed our own horses and we’d always be more critical of our own stallions than anybody else because we send them more mares than anyone else.

“So, if a stallion is not doing it for us then realistically they’re not going to do it for anyone else either. If they do do it for us then we stay true to them and other people will come along and appreciate them for what they are capable of. If Camacho hadn’t worked with our own mares we wouldn’t have persisted with him.”

He adds: “In Camacho, we were always able to keep the faith. He’d be near enough full this year and have more mares coming to him than any other year. It’s an exciting time for him and for us.”

Sharing a mother with one of the hottest stallions in Europe has not done Camacho any harm either. His little brother (half-brother to be precise) Showcasing has continued to sweep all before him with Group 1-winner Advertise and Royal Ascot scorer Soldier’s Call helping to bump his fee up to £55,000 for this year, putting him out of reach of those with smaller budgets.

“One horse backs the other and galvanise each other,” O’Callaghan points out. “It’s clear to everyone that it’s a very good female line so if Showcasing has gone out of reach for you then here’s Camacho as his half-brother who’s capable of getting you a very talented horse at a lower price. Showcasing has done phenomenally well and they complement each other.”

Camacho’s achievements have also allowed him to step out of the shadow of Yeomanstown colossus Dark Angel a star name on the ITM Stallion Trail and whose expanding influence on the breed can be seen from many angles.

Brilliant sprinter Harry Angel became his latest son to go to stud, while the likes of Battaash, Tip Two Win and Yafta flourished on the course. His offspring proved as popular as ever with a yearling sale average of 140,090gns and a new aspect of his potency came into force as the dam sire of the rapid pair Rumble Inthejungle, winner of the Molecomb, and Flying Five winner Havana Grey, who stands alongside Showcasing at Whitsbury Manor Stud.

“Every day Dark Angel is around is a good day,” says O’Callaghan, his admiration and appreciation of the 14-year-old clear and crisp in his delivery. “He’s a super horse and very special to everyone here, and everyone that’s been involved with him – shareholders, breeders, owners. He’s been good to everybody and continues to produce good horses.

“The biggest thing with Dark Angel and what makes him so special is that he’s not a one-trick pony. He gets two-year-olds, three-year-olds, four-year-olds, colts, fillies, mares, sprinters, stayers, jumpers – anything you could want in a horse. It’s been remarkable what he’s done.”

David O’Callaghan: “There was never any doubt in our minds that Camacho could do it, but you can’t show it until you have the numbers to back it up”

What Dark Angel has also done is offer stud owners a view of what is possible when a two-year-old retires to stud. It has perhaps led to some dubious imitators being taken from the course before their time and without due testing, a vital aspect to O’Callaghan.

“I feel once a horse has proven he is tough, sound and versatile on what ground he can race on then that’s okay [to retire them],” he says. “Dark Angel ran nine times at two on everything from soft to good to firm and he retired sound. It made a lot of sense for him and it’s the same for Gutaifan as he had a chance to show people what he was capable of. These horses aren’t retiring to stud unexposed and having not showcased what they are capable of.

“Thoroughbred breeding is a tough market and [breeders] aren’t going to just let you retire anything and send their mares to you.”

O’Callaghan says: “On a numbers front he was well represented and generally they sold well as they are good-looking horses. They’ve ended up in good homes and he’s got every chance.

“He was a fast two-year-old and I’m sure that’s what people will be wanting from him. They’re good, big scopey horses and they have a lot of the Dark Angel attributes

With No Nay Never rocketing to €100,000 and studs scrambling to secure sons of the late stallion, Yeomanstown beat the rush by plucking the striking El Kabeir from America in 2017.

“We were lucky to get him as he was a very talented horse in America,” says O’Callaghan, deflecting any semblance of credit for the stud’s foresight. “He has real credentials to do well as a stallion.

He was a proper racehorse and a sale-topper too before Scat Daddy was Scat Daddy, if you get what I mean, so he’s a good-looking, desirable horse as well.

With four strong stallions on paper as well as a robust consigning and breeding operation, Yeomanstown may be better placed than others to weather some of the storms lingering over the bloodstock world.

Nevertheless, O’Callaghan is ensuring the stud remains focused and says: “A lot of the things going on are out of our control so we have to focus on what is under our control and keep producing good-looking horses with good pedigrees. If you’re producing nice stock with a bit of pedigree then you will sell them.

“You have to have horses that are desirable to buy and the market is tougher than ever on those lesser horses that in other years you might have sold them at a loss whereas last year you couldn’t sell them at all.”

He adds: “They talk about overproduction but that generally sorts itself out pretty quickly because of market factors. People need to be incentivised to buy horses. A helluva lot of time and effort goes into creating schemes and what have you but the one scheme that will change British racing for the good is improved prize-money.

“If all the energy that went into everything else went into improving prize-money then every other market works. There’s money to be made and there’s people to enjoy the sport if they feel they can be rewarded for what they do.”