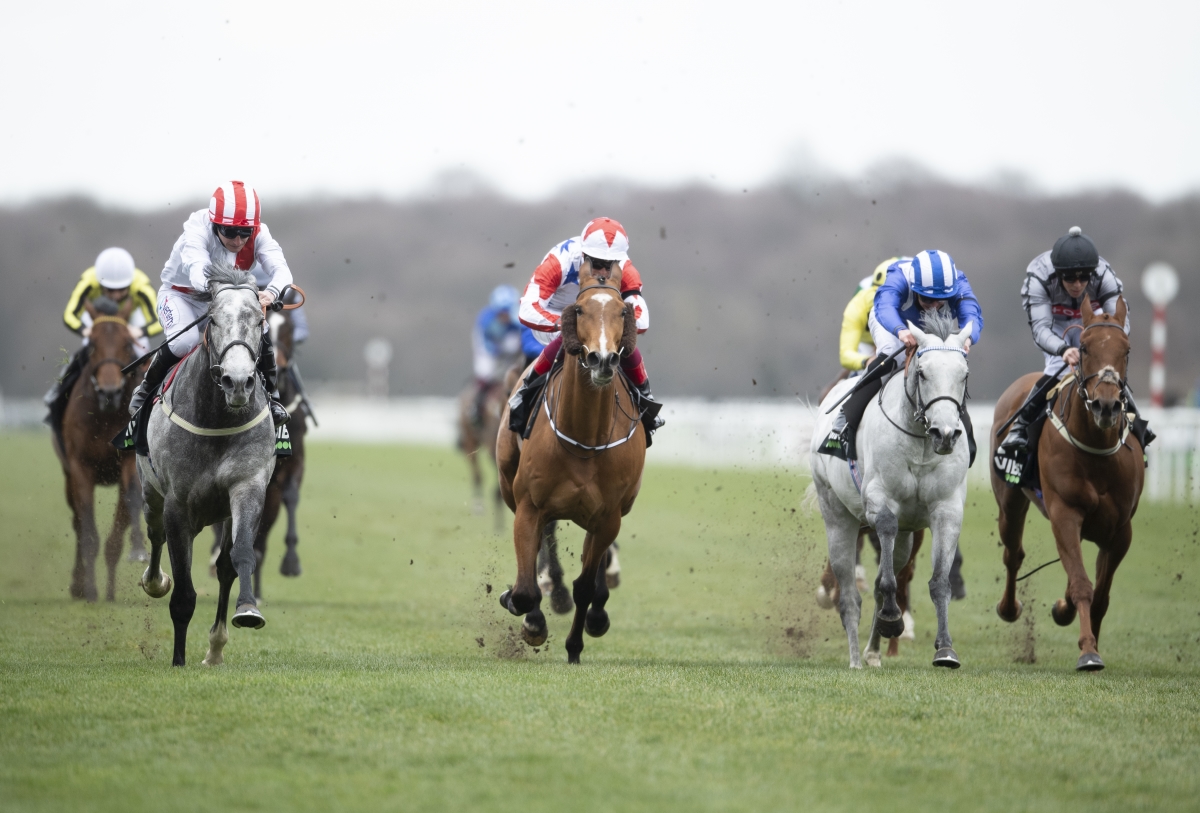 Top Rank announced himself as an exciting miler for the forthcoming season with an eye-catching win in the Unibet Doncaster Mile. The lightly-raced five year old son of Dark Angel, had won five of his seven starts, including September’s Gr.3 Superior Mile Stakes at Haydock, and had finished within six lengths of multiple Gr.1 winner Kameko last autumn. He faced ten opponents in yesterday’s Listed contest and had to carry a 5lb penalty for last season’s Gr.3 success but he proved well up to that task. Once PJ McDonald asked him to quicken up three furlongs out he moved through the field effortlessly, looking a class above, and he only needed to be pushed out with hands and heels to beat What’s The Story by a length to land a comfortable victory for James Tate and Saeed Manana. Top Rank won his only outing at two and both his starts at three.

He’s a Group Three winner already so the obvious step would be a Group Two. There is one at Sandown, but that is quite a tight right-handed track and might not be for him. There’s also an option in France.

“We could just be brave and if he’s well and the ground isn’t fast we could go for the Lockinge and he might have a decent chance.”

He added: “He looks an improved horse, his work had been better so it’s exciting to see him do it on the track.” Said Tate.

Jockey PJ McDonald full of praise said; I didn’t have to do a lot there, he travelled beautifully and picked up to put the race to bed, he said. That’s probably as fast as ground as he’d want but, I’d be very excited about this horse moving forward.

The attractive grey was bred by Wicklow Bloodstock and was picked up by Rabbah Bloodstock from Book 3 of the Tattersalls October Yearling Sale.

Following Top Rank’s success at Doncaster on the opening day of the turf season, across the water in Navan, Yeomanstown Stud graduates brought up a double on the card as the Fozzy Stack trained Linda Barrett got off the mark on her seasonal re-appearance in the colours of Owner Craig Bernick.

She is the first foal out of Plagiarism, who was Listed placed as a juvenile and is a daughter of the Gr.3-placed two-year old Journalist The latter foaled nine winners, headed by the dual Gr.2-winning juvenile Signora Cabello(Camacho), the Gr.3-placed two-year-old La Presse and the French and German Listed-placed Emirates Girl. The third dam Schlefalora, a winning half-sister to the Gr.1 1,000 Guineas winner Las Meninas, produced one other winner, the Gr.2 Flying Childers Stakes victor Sheer Viking, from her four foals. The winner’s two-year-old full-brother, since named Larkin, was bought for £88,000 at the Goffs UK Premier Yearling Sale. The mare also has a yearling filly by Dark Angel and was covered by the same sire again last year.

Later in the afternoon the Ger Lyons trained and Team of Firsts, scored impressively under stable jockey Colin Keane, drawing clear in the last 110yds to win on his third start and first of the year for the David Spratt, Sean Jones and Mrs Lynne Lyons partnership. The son of Zoffany was sold by Yeomanstown Stud at Tattersalls October Book 2 to David Spratt’s Gaelic Bloodstock.