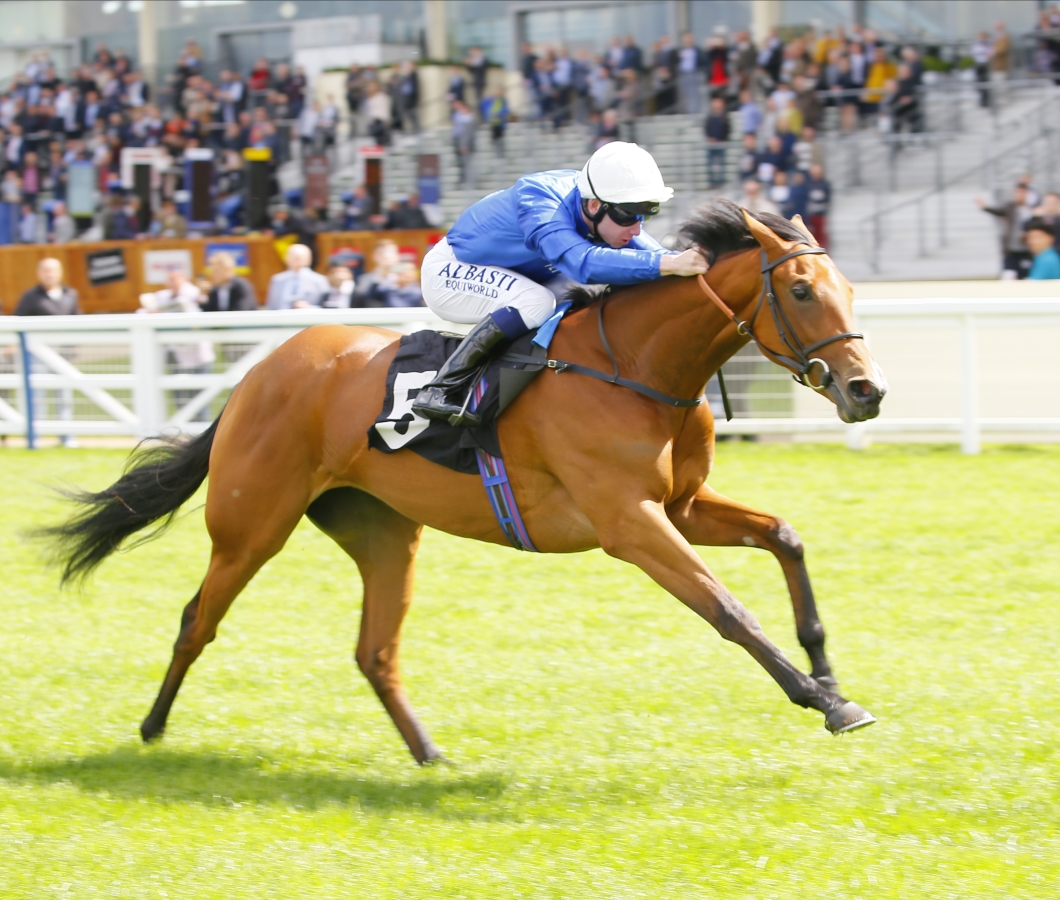 It wouldn’t really be a Super Saturday at Meydan Racecourse without a winner for Frankie Dettori and the Italian brought the curtain down in style in the last race of the day when partnering last season’s UAE 1000 Guineas Trial winner Final Song to victory in the Gr.3 Nad Al Sheba Turf Sprint. Tucked away early towards the far rail tracking the front-running Mutaraffa the 4-year-old daughter of Dark Angel wound up gradually to make her challenge, being unleashed inside the final two furlongs by Dettori to open up significant ground on her rivals. Only the fast-finishing Motafaawit, who made an impressive run from the rear of the field, was able to gain any traction and ended up just a head behind at the line in second. The 3-year-old Acklam Express who dwelt in the gates at the start, also rallied late to take third.

“She’s a tough filly. When she was a 3-year-old she showed plenty of speed at five and six furlongs, but she also ran well over a mile in the English Guineas. She has run from five to a mile and she always runs well, but I think her best trip could be this, over six furlongs” said Saeed Bin Suroor

The Newmarket trainer also confirmed that the Gr.1 Al Quoz Sprint will be the next target for Final Song.

Bred by Godolphin, she has been a versatile campaigner, winning on turf and dirt, in Dubai and Britain, and finished fourth to Love in the Gr.1 QIPCO 1000 Guineas.

The Godolphin homebred is a half-sister to the Gr.3-placed pair Decathlete and Drummore, out of the Gr.2 winner and Gr.1 Poule d’Essai des Pouliches-placed Rahiyah.