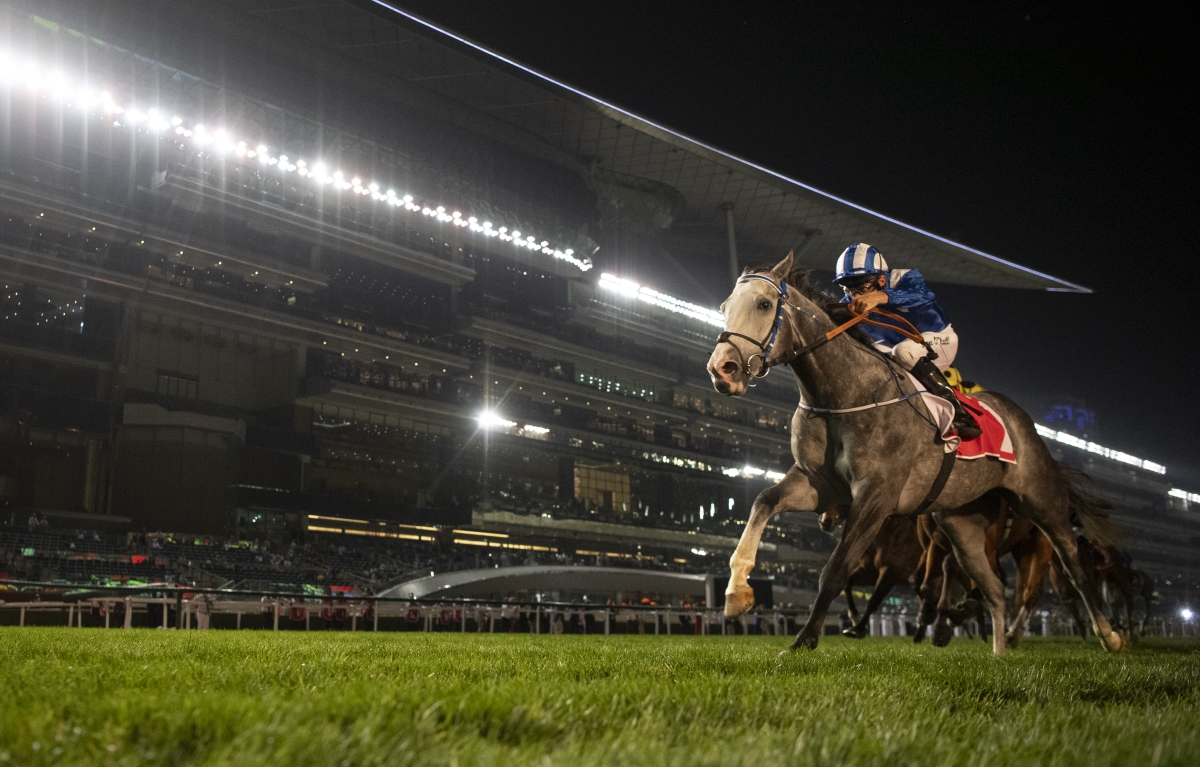 There was a late defection from the original 15-strong line-up when Godolphin’s Barney Roy was withdrawn but the field also included last year’s winner, the hugely popular Lord Glitters, who came into the race on the back of a last-start win in the Gr.2 Singspiel Stakes.

The outsider Ursa Minor was swift from the gates to tussle for the early lead with Freescape and Finest Sound who then took it up to play a dominant role almost throughout. Coasting along the straight in the hands of Dane O’Neill the grey Alfareeq grabbed the rail after cruising past the tiring Freescape and then strode on up Finest Sound’s inner to win comfprtably by a length.

Alfraeeq was last seen finishing second to Real World (Dark Angel) in the Gr.2 Zabeel Mile and had been fractious at the start that day. Prior to that he had won at Abu Dhabi in December following a nine-month break since his previous success at Meydan.

“He had to behave in the stalls but everything went smoothly from the start. We had a good position and he ran a big race. The pace suited us because we kind of stalked, I wouldn’t say a sedate gallop but certainly a slower one than would have suited others, and we took advantage of that.”

He added, “When things drop right for this horse and you ride him cold early and fill him up then he shows a good turn of foot. That’s the key to him, just get him cold, switch him off, and he has a really good turn of foot.”