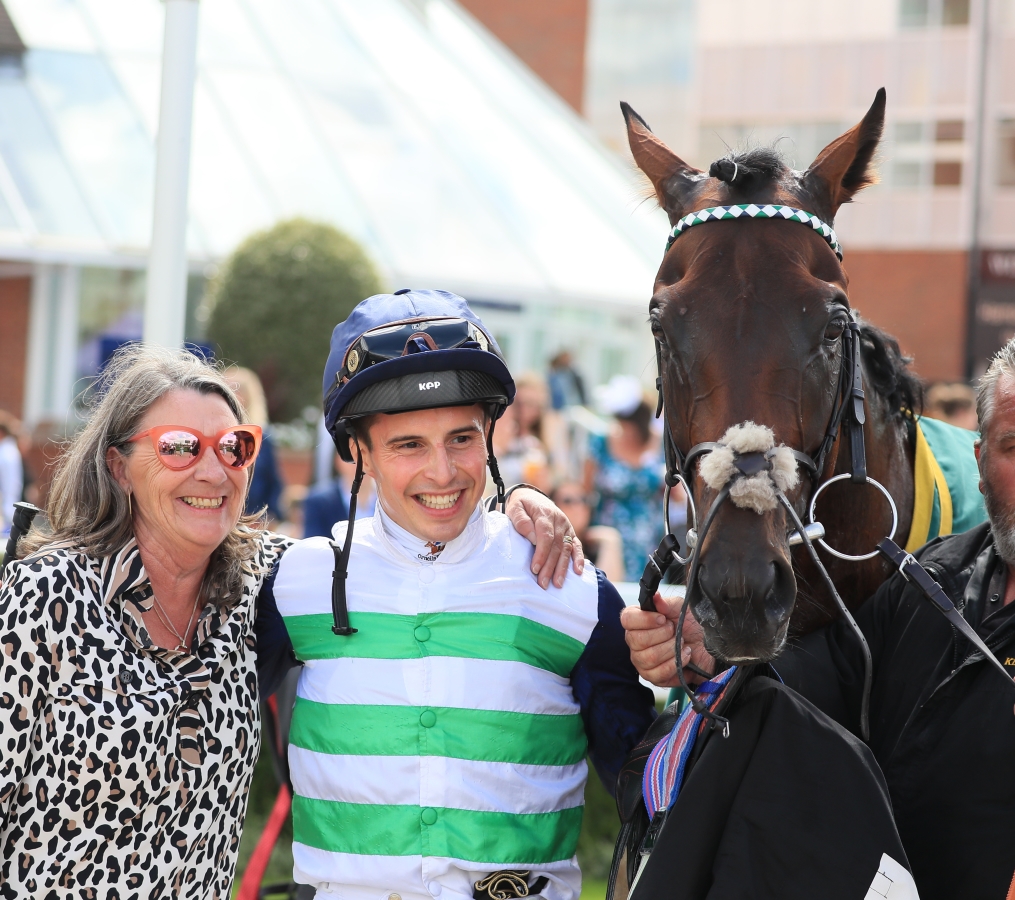 Masekela got back up in the shadow of the post to claim Listed honours in the Denford Stakes at Newbury on Saturday after a gallant second place in the Gr.2 Superlative Stakes last time out. Bayside Boy took a narrow advantage in the final furlong, but Masekela battled on bravely and dug deep to and regain the lead in the dying strides.

The Andrew Balding-trained colt, justified favoritism and set the pace in the hands of William Buick on what was his fourth start, and the classy juvenile gamely stuck to his guns to land the seven-furlong contest, formerly known as the Washington Singer Stakes, by a head from his market rival.

Owner Mick Mariscotti said: “He fought back well after being headed and William says he will be a nice three-year-old.

He has a couple of entries. In the Champagne Stakes over seven at Doncaster, but the Royal Lodge over a mile might be preferred as long as Andrew agrees. It’s probably the right distance.

“He was bought from Book 2 (Tattersalls) after we saw him on video and he’s a lovely, big horse.”

Bred by Coolawn Stud, the two-year-old was purchased for trainer Andrew Balding at the Tattersalls October Yearling Sale Book 2, having previously being sold at the Goffs November Foal Sale. He is a half-brother to the Gr.2 runner-up Asoof and is the first Stakes winner for their dam Lady’s Purse, winner of the Gr.3 Prix de Royaumont. She  is a half-sister to the Listed and Gr.3-placed winner Dazilyn Lady and to the dam of the Listed winner Ventura Mist. They are out of Stakes-placed winner Jetbeeah, who produced seven other winners.

El Kabeir is already the sire of individual nine winners and Andrew Balding’s Masekela is the highest on ratings, having won on debut at Goodwood, placed fifth behind Point Lonsdale in the Chesham at Royal Ascot and been beaten only a short head by Native Trail in the Group 2 Superlative Stakes at Newmarket.