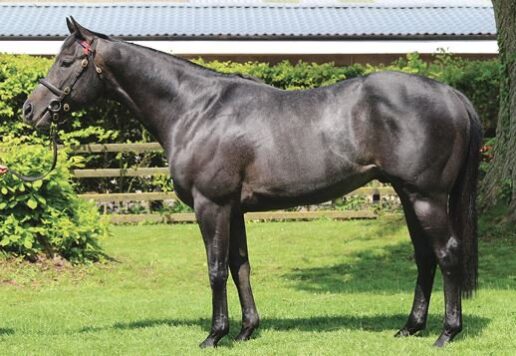 Leading First Season Sire has a Red-Letter Day at Newbury Recording his First Double With an Exciting Pair of Juveniles.

The Richard Hannon trained Hard Nut, who graduated over this trip at Chelmsford last time when breaking his maiden tag broke well to shadow the pace, under firm grip in a prominent second from flag fall.  Shaken up to lead approaching the final furlong the son of Gutaifan was comfortably on top and ridden out to assert by 1 1/2 lengths under penalty from Commit No Nuisance in the Mirage Signs EBF Novice Auction Stakes contest. The progressive juvenile is the second foal out of a half-sister to Listed Hambleton S. victor Mia’s Boy.

Later on, the card, debutante Odyssey Girl was bringing up a double for leading freshman sire Gutaifan. Trained by Newmarket based Richard Spencer and bred by Guy O’Callaghan’s Grangemore Stud, she was ridden under cover in sixth through halfway by Jason Eatson,  but then angled into the clear to lay down her challenge approaching the quarter-mile marker before keeping on strongly under mild encouragement in the closing stages to score by a half-length, becoming the 14th winner for her sire. She is the second foal and first winner out of a half-sister to G3 Prix de Cabourgwinning sire Mazameer and to the dam of GSW G1 Prix Saint-Alary third Vue Fantastique.