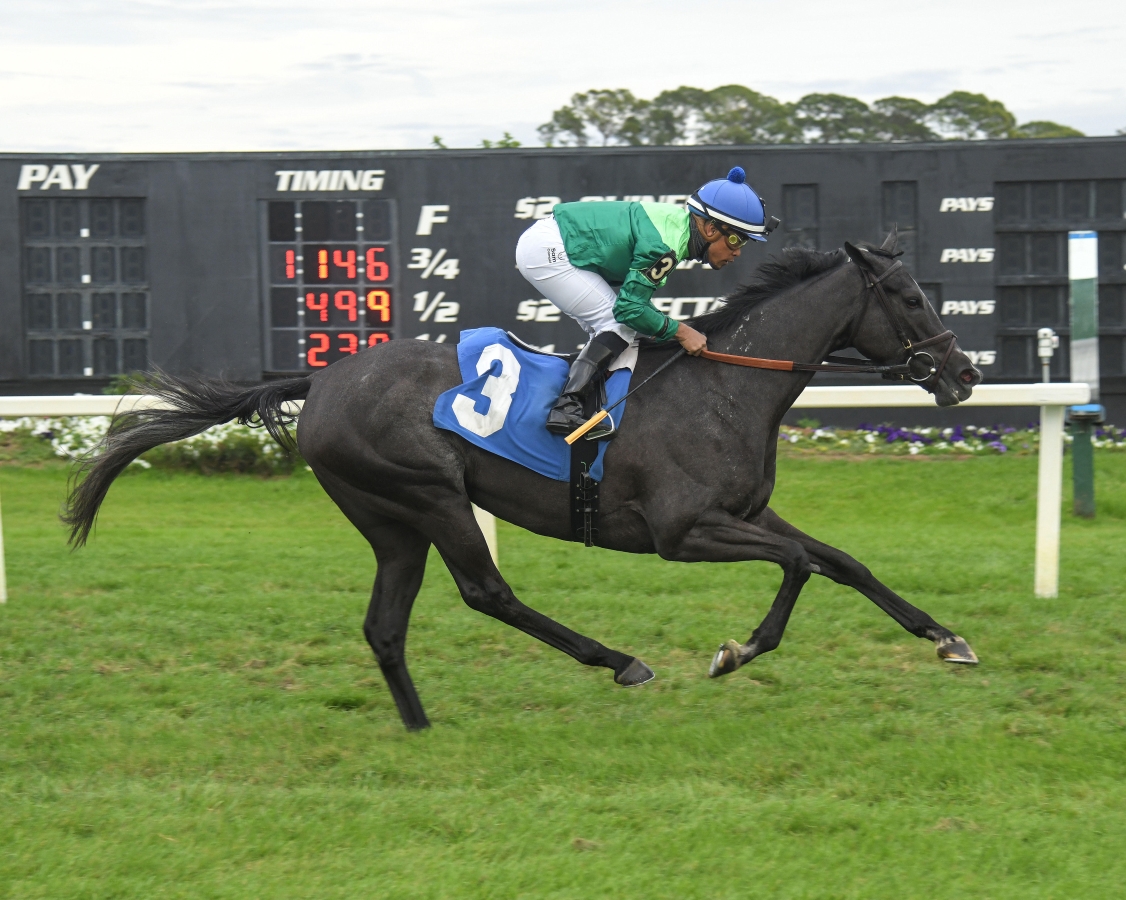 Peter Brant’s Salimah, the first American starter for her sire El Kabeir and former ‘TDN Rising Star’, matched that feat with a highly impressive debut success Saturday afternoon at Tampa Bay Downs. As skinny as 4-5 in the latter stages of the betting the Chad Brown runner eased out all the way to 7-5 and was 13-10 when the gates flew. Off to a hesitant beginning beneath Samy Camacho, Salimah was allowed to find a rhythm and raced with just two of her rivals behind her as they hit the first turn. Quietly ridden through the middle stages and guided out into the clear, the filly was consigned to a four and five wide run on the turn and was flushed out into the seven or eight path at the top of the lane. But continuing on undaunted, Salimah levelled off beautifully down the centre of the course, hit the front under a full head of steam at the furlong grounds and widened with every stride to score by a good five lengths in a time that belies the strength of the performance.

Bred by Yeomanstown Stud out of the stakes-winning Promised Money, a mare by Champion Sire Dark Angel, Salimah is a half-sister to Group 3-placed Fivethousandtoone . She was purchased by Brant’s White Birch Farm for 180,000gns at the 2020 Tattersalls October Yearlings Sale.  A half-sister to Stakes winner Beldale Memory, Promised Money is the dam of a 2-year-old colt by the outstanding Lope de Vega and a yearling filly by Invincible Army.

El Kabeir earned his ‘Rising Star’ when hosing up by 10 3/4 lengths at second asking at Saratoga in 2014. He closed his freshman campaign with a game success in the Grade 2 Kentucky Jockey Club Stakes and celebrated the turn of the calendar with a 4 3/4-length romp in the Grade 3 Jerome Stakes at Aqueduct. He added a convincing score in the Grade 3 Gotham Stakes and was also a good third to Frosted in the 2015 Grade 1 Wood Memorial Stakes. His first crop to the races has now yielded 18 winners in nine jurisdictions, including Group 2 scorer Don Chicco and other stakes winners Masekela and Sa Filonzana. El Kabeir is standing his fifth year at stud for a fee of €6,000.